Bosco Wong and Niki Chow Avoid Each Other 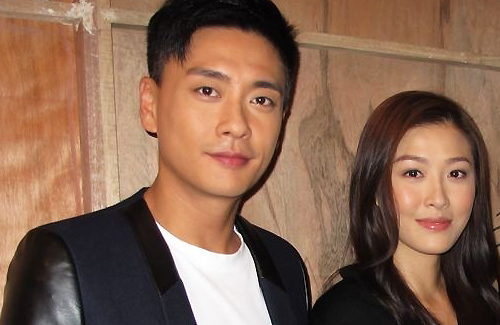 It was earlier reported that Bosco Wong (黃宗澤), who is determined to win Myolie Wu’s (胡杏兒) heart back, has decided to pursue his A Change of Heart <好心作怪> costar, Niki Chow (周麗淇), to make Myolie jealous. But is this true at all?

The bewildering rumors all began on Bosco’s 32nd birthday on the set of A Change of Heart <好心作怪> on December 13. Bosco celebrated his first birthday without the presence of Myolie. Nonetheless, he spent the night on set with Michael Miu (苗僑偉) and Niki, who gave Bosco a birthday kiss on the cheek. It was reported that Bosco often flirted with Niki in public. Allegedly, Niki is also developing feelings for Bosco and is currently considering a relationship with him.

Currently filming for Eric Tsang’s (曾志偉) Lunar New Year film, I Love Hong Kong 2013 <我愛HK2013恭喜發財>, and TVB’s A Change of Heart , Bosco Wong barely has any time to rest. Bosco did not feel dampened by his first birthday as a single man, and exclaimed, “I have a lot colleagues celebrating the birthday with me.  I am not in a hurry to find a new girlfriend. I’ll rather spend the time to earn more money so I can buy a house as soon as possible!”

After rumors of Bosco pursuing Niki began, she avoided him on set. When she was not in front of the camera, Niki would spend most of her break time with her makeup artist, having a lengthy discussion about proper cosmetic techniques. Bosco caught Niki’s message, and he too began avoiding Niki, spending most of his break time with his male costars and production crew.
When Niki heard that Bosco has trouble finding a girlfriend, Niki immediately said, “I can’t help him. I am single too, and I can’t even help myself!”
Source: 3 Weekly #689 via kuangaitvb.com
This article is written by Addy for JayneStars.com.

18 comments to Bosco Wong and Niki Chow Avoid Each Other