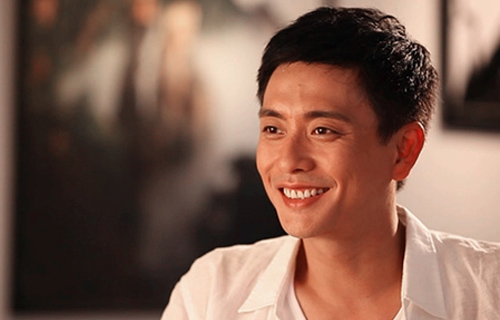 Since breaking up with Myolie Wu (胡杏兒),  Bosco Wong (黃宗澤) has yet to fully recover.  Bosco has reportedly been battling depression, leading to his drastic weight loss.  Due to tabloids constantly reporting on his alleged infidelity, it caused significant damage to his image.  It was rumored that advertisers may have decreased their interest in working with him!

Although Bosco is currently not in Hong Kong, his gossip news have not ceased.  It was reported that due to his disloyal image, it caused advertisers to reconsider using Bosco in their ads.  A clothing company had reportedly removed Bosco’s advertisements, while other endorsement negotiations have discontinued.

Bosco’s manager, Mr. Wong, refuted the claims indicating that the reported clothing endorsements had two more commercials to be filmed in Taiwan and Japan.  Bosco and the clothing company were working together harmoniously and were not affected by the rumors.  In addition, there were other companies that have approached Bosco for future collaborations.

Regarding Bosco’s current situation, his manager revealed that Bosco is focused on work and seldom goes out.

Bosco’s sliding public image did not impact alleged ‘third party,’ Liu Yan (柳岩).  Since working on  mainland Chinese drama, The Woman Above the Bread Tree <麵包樹上的女人>, Bosco has been linked to sexy costar, Liu Yan, in which the pair denied the rumors. Due to her curvaeous figure and sexy image, Liu Yan has made a successful switch from being a TV host to movie star.

Liu Yan obtained the opportunity to star in two movies including The One Detective <不二神探> with Jet Li <李連杰> and Michelle Chen <陳妍希> and Let’s Get Married <咱我結婚吧> with Gao Yuanyuan (高圓圓).  Hence, it seemed that the ‘third party’ news has been beneficial to her, leading to higher recognition levels and increased income.