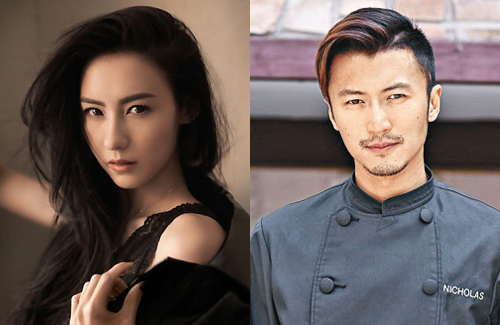 Once considered as Hong Kong’s golden couple, Cecilia Cheung (張栢芝) and Nicholas Tse‘s (謝霆鋒) marriage ended in 2011. Three years after the divorce, Nicholas rekindled his romance with his ex-girlfriend, Faye Wong (王菲). Although Cecilia sent her blessings to the couple, reports continued to paint Cecilia as a bitter, scornful woman. In a recent interview, Cecilia revealed that she feels no hatred towards Faye and Nicholas.

The media was quick to connect Cecilia’s recent Instagram post, which referenced August 8, as an indirect reference to Faye’s birthday. Asked if she is still unable to let go of Nicholas, Cecilia said, “I’m not bitter, nor am I unhappy. The reports this time are very unfair. They attacked me, personally, twisting the truth and disrespecting me. It’s absolutely not in line with the truth, so I will definitely take legal action.”

Asked about her feelings towards Nicholas and Faye’s reconciliation, Cecilia said, “From the first day they publicly announced their reconciliation, I have already sent my blessings. I wouldn’t all of a sudden be bitter, angry, and unable to let go one or two years later. Maybe some reporters just like to make thing up and pretend they don’t hear anything I’m saying these past few years. They keep rehashing old news, claiming that I haven’t let go yet. But from the beginning until now, I have always wished them the best.”

Asked directly if she has any hatred towards Faye, Cecilia said, “First of all, I don’t have any feelings of love toward the man [Nicholas]. Secondly, I do not feel any hatred towards the female party [Faye]. Some fans were affected by the false reports and said they feel hurt that I am unable to let go. I told them that I’m not unable to let go. I’m very happy and am living very well!

As to her feelings towards Nicholas, Cecilia insisted that she did not have any negative feelings. “I have no feelings toward him, so why would there be hate? Would you feel any hatred toward a random person sitting next to you during dim sum?”