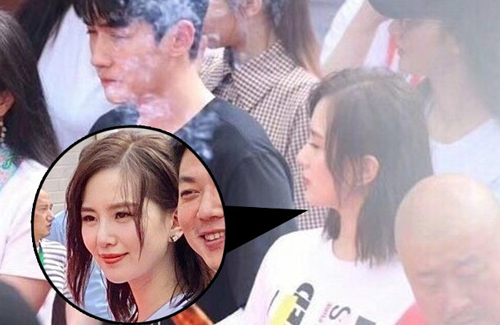 After giving birth to her son in April, Cecilia Liu (劉詩詩) took five months to rest and has finally returned back to filming. She will be collaborating with popular Chinese actor Zhu Yilong (朱一龍) in the new romantic drama Dear Self <親愛的自己>.

During the opening ceremony of her new drama, Cecilia was seen wearing a tight outfit. Her slim figure was apparent and she has successfully lost all her baby weight already. She looked radiant and well-rested after stepping away from the limelight for several months.

Prior to Dear Self, Cecilia’s most recent drama was last year’s If I can Love You So <如果可以這樣愛>, in which she received a lot of praise for her acting.

Since her husband Nicky Wu (吳奇隆) is known for being a good husband, will he be a stay-home-dad to watch their son while Cecilia makes her television comeback?