Amid a wave of escalating anti-Asian hate crimes in the United States, one of the most horrifying was the March 16th shooting in Georgia. A gunman opened fire at three different massage spas and killed eight people – six of which were of Asian descent. Many people took to social media to express their support for the Asian community, and more meaningful legislation to stop and prevent hate crimes. Many celebrities are also extremely vocal in urging for greater unity and continued compassion in the community.

Bruce Lee’s daughter, Shannon Lee, posted a black and white photo of her late father and wrote, “This is where ‘kung flu’ leads. You think it’s a joke and that we shouldn’t be so serious about it. But then there are those who latch onto it with hate and xenophobia can use it to fuel their fear and contempt until it explodes into heinous acts… What would it cost you to decide we are all one family?… What is lost by transforming contempt to acceptance? It’s time to look within and ask yourself, do I want to be at peace? Can I operate from love? Will I stand with my human family and embody the end of hate?”

Daniel Wu (吳彥祖), who has always been outspoken about his support for the Asian-American community, was furious over the Atlanta shooting and how the Cherokee County Sheriff’s Department captain, Jay Baker, sympathized with the gunman and said that the shooter was having “a bad day and this is what he did.” Daniel expressed his shock, “I wondered why he was reluctant to say anything about this being a possible hate crime. Well his Facebook posts reveal a little more about this man and maybe why he showed empathy for the shooter and nothing for the victims. I actually believe there are good cops and in fact I know quite a few but this guy goes into the POS category for me.” Daniel then  exposed screenshots of Jay Baker’s Facebook post that urged others to buy t-shirts with the words, “Covid 19 Imported Virus from Chy-Na.”

Many other Asian-American celebrities also voiced their anger over the tragedy in Georgia, including Korean actor Daniel Dae Kim, Olivia Munn, and Simu Liu and a call for greater solidarity to fight against anti-Asian hate crimes. 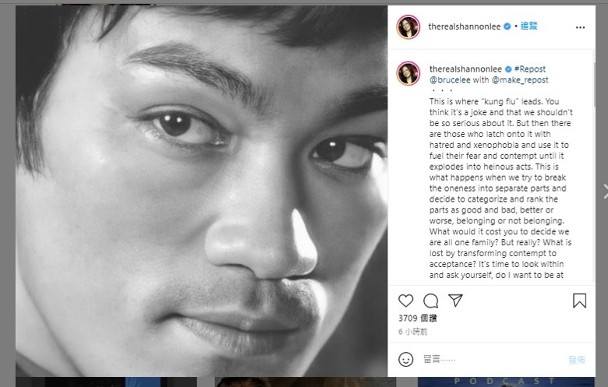 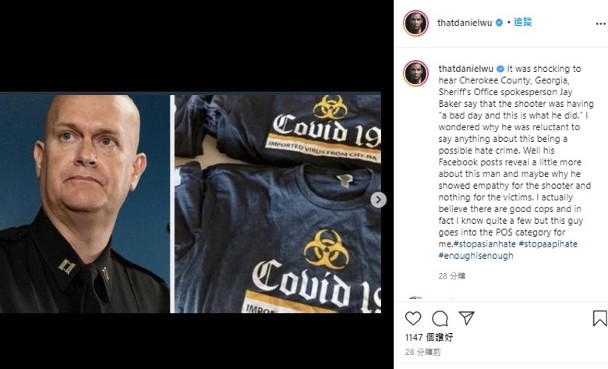 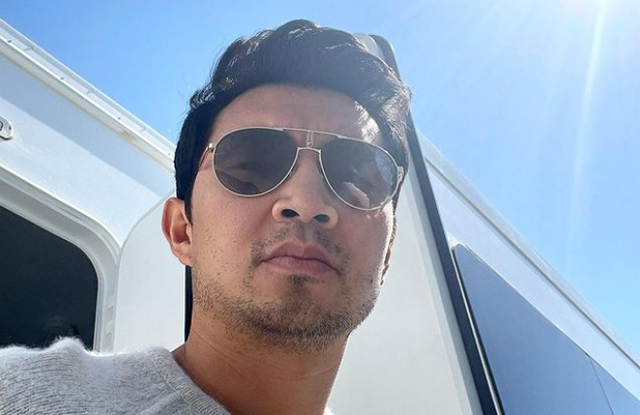