Chantelle Watches Her Dad Aaron Kwok at His Concert 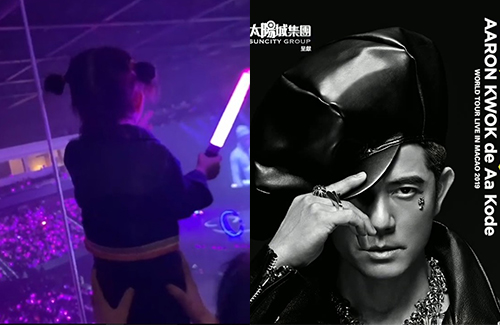 Performing at the Cotai Arena this weekend, Aaron was supported by not only fans but also his family—his wife Moka Fong (方媛) brought their oldest daughter Chantelle to the show. On social media, Moka shared a clip of their 2-year-old Chantelle holding a light stick and dancing along to her father’s music. Chantelle was also calling for her dad.

Moka said, “For the entire show she was dancing with her light stick and calling for her dad. She said he’s worked hard and that he must be tired. I’m sure her dad would melt if he heard it!”