ViuTV’s new web series Eclipse Storm <蝕日風暴> has only been released for less than a week, and the show has already had over a 100 million views. ViuTV platform claims this Hong Kong web series to be their highest viewing champion.

The series stars Hong Kong actor, Chilam Cheung (張智霖), and Taiwanese actor, Sunny Wang (王陽明). This handsome duo plays two police officers that are best friends in the Narcotics Bureau unit. After a successful takedown alongside the SDU of drug lord “Tank” played by Kenneth Lo (盧惠光), the duo must escort Tank to Malaysia where Sunny’s character is suddenly murdered. Chilam’s character is then suspected of working with the triads and killing his best friend. Going into hiding from this accusation, Chilam encounters his good friend, Fiona Sit (薛凱琪), who later becomes his love interest in the series.

Eclipse Storm is complimented  for being unique and suspenseful. Film critic, King Jer, commented on Facebook, “Watching this show will definitely keep you on the edge of your seat!”

The producers spent $180 million HKD on this drama and besides an incredible cast; the show was also filmed in various beautiful locations including Hong Kong, Hungary, and Malaysia. Even from first looks at the trailer, the show captures all the details in the fight scenes and the CGI special effects. 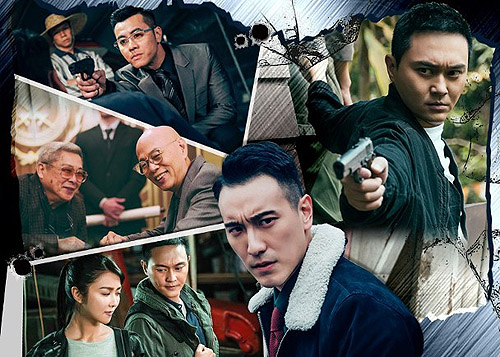