Chilam Cheung Gains Weight for “Always Be With You” 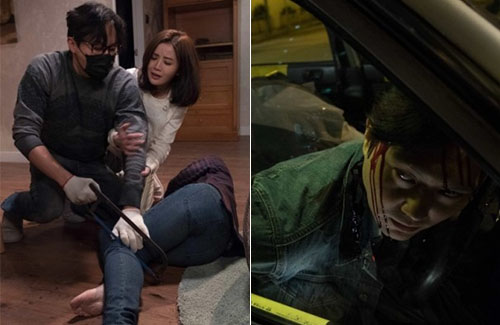 Chilam Cheung (張智霖) disregarded his pretty boy image to play a depressive, remorseful taxi driver who struggles with his self-worth after surviving a fatal car accident that had killed many people. He gets involved in a series of strange murders, which are interrelated.

The actor introduced, “I’ve never played the role of a taxi driver before. After his accident, he feels like he needs to atone for his sins. This was difficult role for me because I don’t usually play roles who is burndened with so much sin. I’m a positive person, so to see the opposite side of that definitely required a lot of research and thinking.”

Chilam shared that he also gained weight for his role. “You never really see a very fit taxi driver. You’re always sitting down, so they do have a belly.” Chilam also went bare-faced for his role, saying, “He’s not a sharp person. There’s not a drop of makeup on me. I wanted to become this person as much as I can.”

TAGS: Always Be With You, Chilam Cheung