Chilam Cheung is a Money-Making Machine 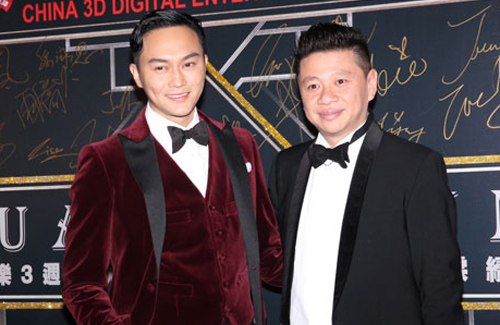 This year was another fruitful year for Chilam Cheung (張智霖). After a positive collaboration with Stephen Shiu Jr.’s (蕭定一) China 3D Digital Entertainment Limited, Chilam decided to extend his management contract to September 2019. Chilam admitted that he earned a lucrative income this year and will have to pay hefty income taxes.

Although he denied being paid an eight-figure compensation for signing the new contract, Chilam said, “You’re going to have to ask Mr. Shiu about this, but we don’t talk about money. It’s all about the heart, not the money. I can’t say [if I received an eight-figure salary], but I just saw my accountant and I need to pay a lot of taxes this year!”

Stephen offered nothing but praises for the Chilam’s money-making ability and gladly renewed his management contract at a premium price. Due to Chilam’s popularity and success, Stephen shared possible plans of having Chilam join the company as a partner.

Stephen said, “There may be a future business collaboration between us – it’s going to be more than just an employer-employee relationship. It’s going to be more like partners. There are plans, but they haven’t been put into action yet! We’re too busy now, but hopefully they will happen within the next few years. [Will you give Chilam shares?] There are no free lunches in the world but with his efforts, he definitely deserves this type of income.”

8 comments to Chilam Cheung is a Money-Making Machine