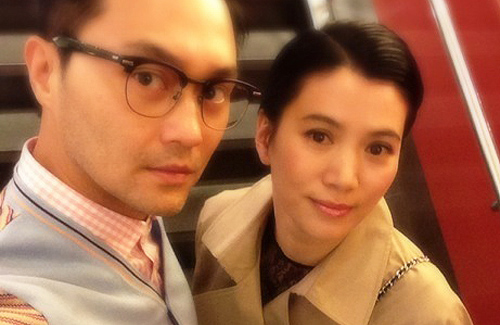 In a 2007 interview with Stephen Chan (陳志雲), award-winning actress Anita Yuen (袁詠儀) revealed that she was once involved in a relationship with a married man before meeting current husband, Chilam Cheung (張智霖).

Anita had stated, “At the time, I didn’t feel like I was being taken care of, that I was being ‘kept.’ We experienced the pursuits, the dating, the cohabiting, the arguing, and the breakup. He pursued me first. Each [dating] event followed one after another. We were a couple. If I was being kept, I wouldn’t even have the right to argue with him, because then, I would just be a service.”

Maria Leitão (黎芷珊), who won Best Host at the TVB Anniversary Awards last year after the broadcast of her popular talk show Telling Maria, invited Anita to appear in an episode of the second series of Telling Maria <最佳女主角>.

On the show, Anita clarified her relationship with the married man once again. In various clips that were released at the premiere party of Telling Maria tonight, Anita was recorded saying, “I really felt like we had a normal dating relationship. I didn’t get the feeling I was being kept, that I was a mistress.” Anita added, “I don’t understand what it means to be kept.” Anita never disclosed the name of her former lover.

At an event held at the Ritz-Carlton Hong Kong Hotel on September 26, Chilam Cheung was pressed about Anita’s interview on Telling Maria.

In regards to Anita’s confession about being involved with a married man in the past, Chilam said, “I have read reports [of the interview] and her response. She was describing a normal relationship they shared. If something unfortunate did happen, the most regretful thing is that I wasn’t able to meet Anita sooner, that I couldn’t protect her sooner. I am not perfect. I am not a saint. I have no right to request others to be perfect.”

Is Chilam offended by Anita’s past? He immediately said, “Of course not. Everyone has a past. This just makes me want to cherish her more. There shouldn’t be any secrets about it. It’s more important to establish and build our lives. That is something we cannot suppress.”