In the behind-the-scenes add-on segment of Chinese reality show Call Me By Fire <披荊斬棘的哥哥>, one if its contestants, actor Chilam Cheung (張智霖) shared about the benefactors in his life, and why he hopes to “retire” within five years!

Asked by host Rapper Bridge to name three benefactors who have helped him in his life, Chilam replied without a thought, “my wife” as his first answer, referring to Anita Yuen (袁詠儀), who he has been together with for 29 years and married for twenty.

The next benefactor that came to his mind was a TVB producer whom Chilam did not name, but described thus, “He approached me to film Cold Blood Warm Heart <天地男兒>, and after that Triumph In the Skies <冲上云霄> as well”, leaving the station’s recognized producers Jonathan Chik (戚其義) and Tommy Leung Ga-shu (梁家樹) as the two most likely guesses. Finally, the 50-year-old thanked himself. “I had to put in the effort,” 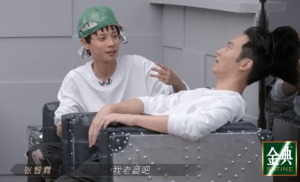 Responding to the discussions of retirement brought up earlier on the show, Chilam said, “I meant within five years”, and explained that he felt too fatigued now and has lost the ardor for the craft he used to love. “In the past I’d [go] act with a lot of passion, now I don’t seem to have that drive,” he admitted candidly.

Emphasizing that he might find an alternative to focus his energies on, he shared his thoughts. “So what to do, maybe there’s no more passion. Whether you want to do acting or singing, you need to have a focus. It’s not about [entirely] not working–it is perhaps doing something else.” 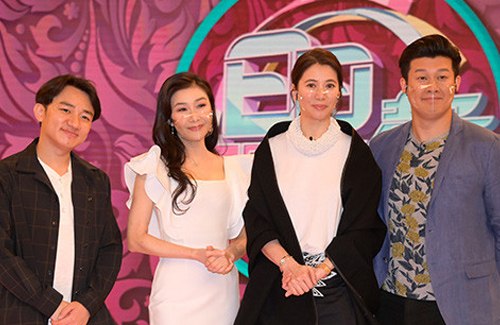