Christine Kuo and William Luk See Marriage In Their Future 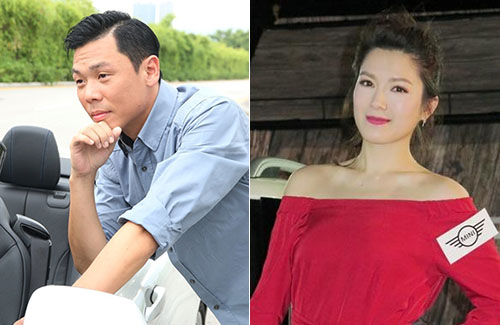 In an interview released several days ago, William told reporters that he considers Christine, who he has been pursuing for quite some time, someone he wants to marry in the future. They aren’t an official couple yet, but William is a patient man, and he’s going to wait for Christine to accept his heart.

“It’s going to take time to win her heart,” said William. “She’s very loyal and takes time to warm up to others. I will use my time to increase her confidence in me.”

And it appears it has. At an automobile event Christine attended on Friday, the former TVB actress smiled at the mention of William, and then dropped a surprise — that she too sees William as a potential lifelong partner.

“I do too,” said Christine. ‘He’s very serious about us.” She added that William has already met her close friend, Linda Chung (鍾嘉欣), and has her friend’s approval.

If Christine and William do end up getting married, Christine would be the last of TVB’s “virgin pack” to get married. The virgin pack refers to Linda and her close group of friends among TVB, including Leanne Li (李亞男), Grace Wong (王君馨), and Eliza Sam (岑麗香). The name came from an infamous 2012 interview where Grace said she would abstain from sex before marriage. Linda, Leanne, and Eliza are married. Grace announced her engagement in late 2016.