Her personal life seemed a lot less rosy, with swirling talk that her marriage with husband William Luk (陸漢洋) is on the rocks after she was seen moving out of their residence, though she remains tight-lipped about any marital unhappiness.

Delving into baking after tying the knot in 2019, Christine took her passion further by enrolling in French professional culinary school, Disciples Escoffier, and frequently updating about her progress on social media. Keen to seed her passion into a career, it was said that William was willing to invest in a storefront to support his wife’s baking ambitions.

However, the couple’s marriage became strained in 2020 withChristine’s eagerness to become a mother in the footsteps of her good friends Leanne Li (李亞男) and Eliza Sam (岑麗香) apparently strained the marriage, but William was not on the same page.

Graduating from the year-long culinary program recently, Christine shared photos of herself posing euphorically and beaming onstage with her certificates and a gold medal.

Sadly, William was nowhere to be seen, just as he was also conspicuously missing from Christine’s recent 38th birthday celebrations, fueling further questions about the status of the pair’s marriage. 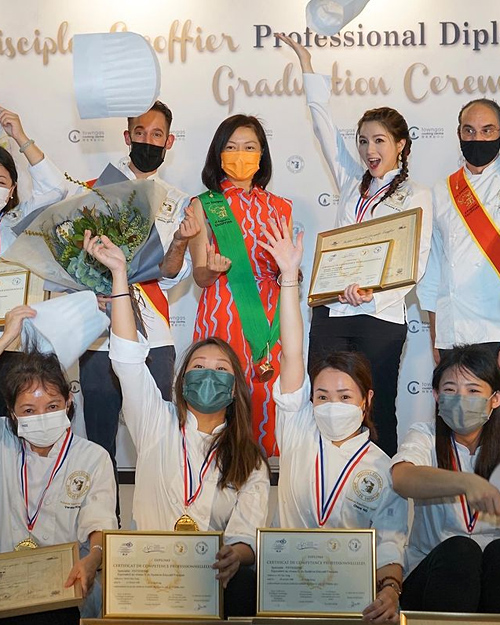