After Christine Kuo (苟芸慧) married race car driver and rich third generation, William Lok (陸漢洋), in 2018, she has publicly expressed her love for children on multiple occasions. Despite her wish to have at least four children soon, the couple has yet to have any good news after two years of marriage. With Christine’s focus still on her acting career and baking passion, the 37-year-old decided to freeze her eggs for future use.

During her birthday celebration last July, she accidentally disclosed that she had undergone an egg freezing procedure a while ago. Though she felt stressed about her French baking examinations and the dangers of the COVID-19 pandemic, the procedure went smoothly, and her body recovered quickly. Eager to immerse herself in work again, Christine used her free time to maintain her figure by exercising. 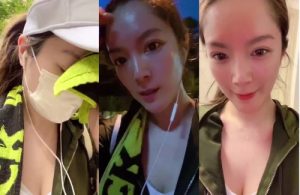 One day, Christine went out for a run alone, as she did not want to disturb William, who has been busy with his new company. After a while, she suddenly started feeling unwell, but she shrugged it off, thinking that it was due to her lack of exercise and continued. The actress even lied and said she was fine when William called to check up on her. However, shortly afterward, Christine started feeling dizzy and breaking out in cold sweat, causing her to return home immediately. The situation continued to worsen, and a shaken up William immediately called for an ambulance when Christine began to turn pale and have difficulties breathing. 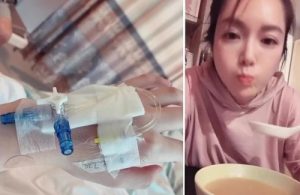 A doctor at the hospital discovered her blood sugar was extremely low, but luckily, she arrived at the hospital just in time to avoid a life-threatening situation or a coma. She apologized to her husband for the scare and stayed in the hospital for a few days to recover. In the following days, she has been relying on Chinese medicine and sufficient exercise to re-strengthen her body for childbirth in the future.

Christine’s manager responded on her behalf and expressed, “Her body was feeling a little unwell last month due to low blood sugar, but she is fine now. Thank you for everyone’s concern!”