Since Miss International Chinese Christine Kuo (苟芸慧) married wealthy second-generation William Luk (陸漢洋) in 2018, she has been leading a leisurely life, taking baking lessons, enjoying high tea sessions with her friends, and travelling around the world. Despite her financially-stress-free life, the 37-year-old actress is having marital problems and has moved out of her shared home with William.

When not busy managing his business, William spends his free time car racing. Aside from spending less time together, William is not interested in having children while Christine eagerly wants to become a mother. Arguing since last year, Christine returned to her hometown in Canada alone and spent a long period of time apart from her husband.

During this period, they rarely updated their social media and had zero interactions online. The last time they had a picture together on social media was in October 2020, when they celebrated their second wedding anniversary. At the time, she sweetly expressed, “This year had many obstacles, but I’m grateful I have you!” but their marriage seems to have turned cold in recent months.

Friends thought the couple’s marriage could be saved when Christine returned to Hong Kong in April, but she looked for a new place to live. William tried his best to save the relationship, but Christine insisted on living separately. In May, she officially moved out of their home in Bel-air Residences to a rental home near Kowloon station.

After a period of not updating her social media, Christine suddenly revealed she cleared out 20 boxes of belongings recently through donations and giveaways. Signifying a new start in life, her messaging app display picture was changed to:  “Dear past, thank you for your lesson. Dear future, I’m ready. Dear God, thank you for another chance.” 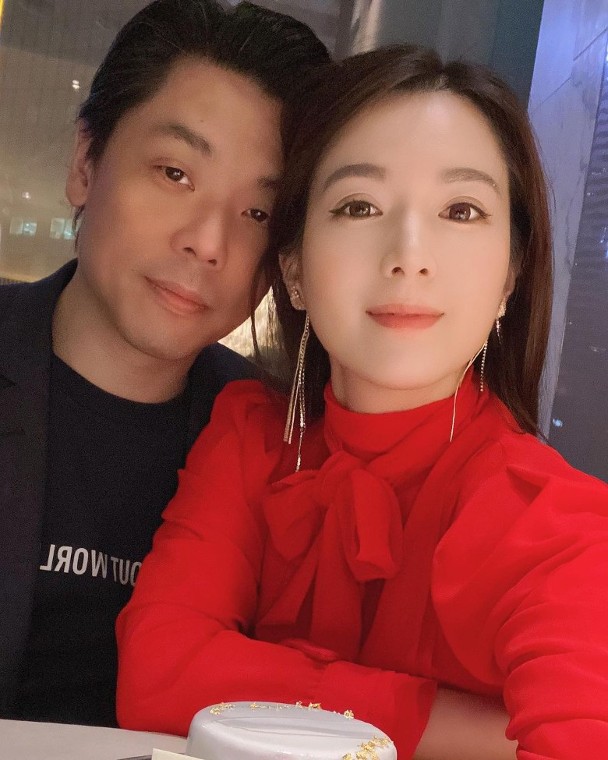 The biggest source of conflict between Christine and William is speculated to be their opposing views over having children.

Christine has always liked children, and seeing her good friends Linda Chung (鍾嘉欣), Eliza Sam (岑麗香), and Leanne Li (李亞男) become mothers made her hopeful to expand her own family. Christine had dreamed of having four children.

Growing up with divorced parents, William has a very close bond with his mother but he is not eager to become a father yet. On his wedding day, he disclosed that he does not want to have children and would like to enjoy their time as a couple first.

Feeling the pressure of her biological clock ticking, Christine undergone oocyte cryopreservation surgery last year. She had neglected to give herself adequate time to recover afterward and had a health scare. Although hospitalized, luckily no harm was caused.

Her bad luck continued, as she fainted and hit her head while quarantining in a hotel in Canada. She was lying on her bed looking at her iPad when she suddenly felt dizzy and fell. Her head immediately started bleeding and she was rushed to the hospital. When reporters asked why William allowed his wife to return to Canada alone, he had too much work and could not find time to accompany Christine’s home visit.

Reporters contacted Christine and William regarding their recent marital rumors, but the couple did not directly respond. While many speculate they may be on the verge of divorce, Christine’s manager replied, “Their relationship is okay,” but declined to disclose additional details.

Christine Kuo and William Luk’s “Beauty and the Beast” Wedding