Returning to Canada to visit her family earlier, actress Christine Kuo (苟芸慧) suddenly felt dizzy and was injured during her quarantine at a hotel. Accidentally bumping her head and injuring her eye, she was immediately sent to the hospital for treatment.

Since Christine was under quarantine at the time, the paramedics and medical staff who treated her took utmost precautions to ensure safety. Recounting how she got injured, Christine said, “I was on my period two days ago. I was in bed looking at my iPad in bed when I suddenly felt dizzy and hit my head on the corner of the iPad. The corner of my eye began bleeding and the cut was quite deep, so I had to immediately go to the hospital.” When asked if she got stitches, she said it was not necessary and her wound was bandaged.

Christine’s husband, William Lok (陸漢洋), was very concerned as she has low blood pressure. “I am heartbroken that she was in pain, but I am relieved that it isn’t severe.” When asked why she went to Canada alone, he said, “After we got married, she has not returned to Canada at all so she really misses [her family]. I have too much work on my hands, so I couldn’t accompany her.” He promised to take better care of her.

Warning flags have been raised over Christine’s health. In 2013, the Miss Chinese International was diagnosed with hypothyroidism which led to her weight spiraling up to 170 pounds. She exercised consistently to lose weight and eventually regained her former figure. 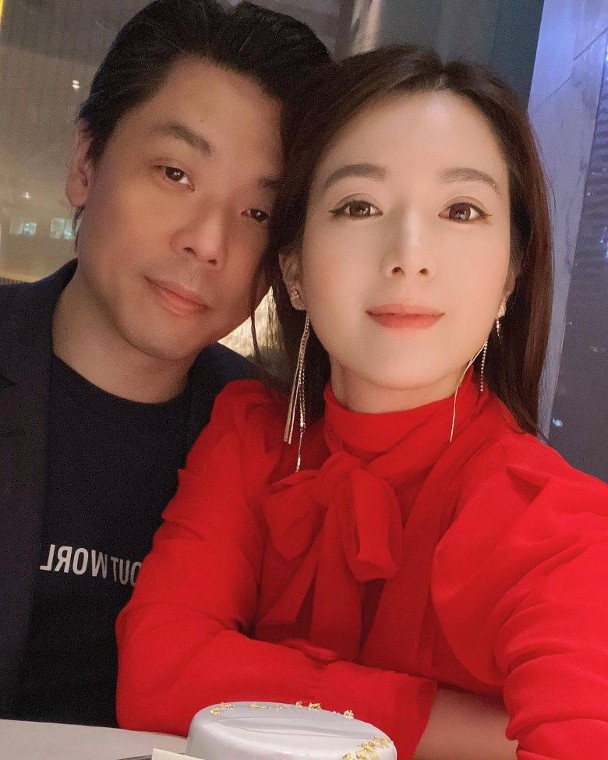 After getting married with William, Christine’s health continued to be worrisome and she decided to freeze her eggs for a future pregnancy. While exercising one time, she suffered extreme low blood sugar and had difficulty breathing. Fortunately, she arrived at the hospital to avoid a more life-threatening situation.

Since her recent injury in Canada, Christine has since returned to Hong Kong and her eye has been healing well. She is expected to shoot some commercials and make appearances at several promotional events this month.

Christine Kuo Had a Health Scare Shortly After Freezing Her Eggs

Christine Kuo and William Luk’s “Beauty and the Beast” Wedding