So far, their characters clash and their scenes are filled with tension whenever they run into each other, most notably in episode four where Ana (Crystal Fung) gets drunk and harassed by another man while Hui Chun Sum (Ruco Chan) runs up to her and criticizes her bar-hopping lifestyle. However, Hui Chun Sum always has a soft spot for Ana and worries about her safety.

“Our relationship will have an unconventional ending, not the typical happy conclusion. It’s a very modern romance that doesn’t emphasize pursuits, but there will be many bizarre twists along the way. These ups and downs will hook the audience right until the very end before unveiling who Ruco’s character’s will be with,” Crystal said mysteriously when commenting on the love triangle she shares with Ruco and Rosina Lam. 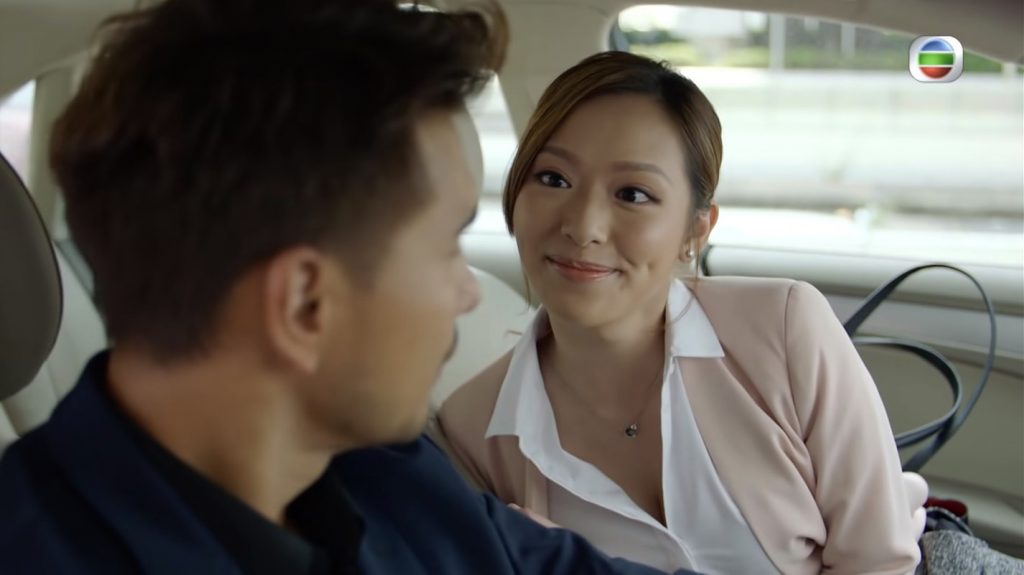 Also starring are Ben Wong (黃智賢), Joman Chuang (蔣祖曼), Johnathan Cheung (张颕康) and Moon Lau (劉佩玥), Sinister Beings will delve into the blurred line between good and evil. As it was Joman’s first time working with Ben as an onscreen couple, she was initially nervous about how their chemistry would work out, but everything turned out well. Ben found their onscreen romance interesting, since his police officer role would often have conflicting interests with Joman’s lawyer character, leading to on-off tension in their relationship.