Crystal Fung Helped Give Down Payment for Boyfriend’s New Home 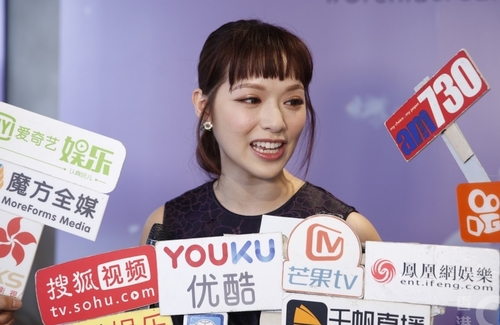 Not only is rookie actress Crystal Fung (馮盈盈) making strides in her career but also her personal life. Just two years after joining the entertainment industry, she won the Most Improved Actress award at the 2018 TVB Anniversary Awards and recently, she was able to support her boyfriend in becoming a homeowner by contributing to his down payment.

“Even though it was not as much as what he put down, it was the result of both of our hard work,” Crystal said.

Her boyfriend suggested to put her name down on the place as well, however, she turned down his offer so she can still buy her own house in the future at a lower tax rate. Nevertheless, Crystal will consider moving in, as the place is convenient for her to get to work from. “Sometimes my work schedule affects my family so if I move out, it will be out of consideration for them,” she expressed.

When reporters asked if her boyfriend is preparing to marry her, Crystal denied it. “We won’t in the near future because we don’t have money after buying a place,” she explained.

The two of them have been busy getting the new place ready by taking care of the decoration and furniture. In addition, she is also receiving more and more jobs after snagging an award. Although her co-host of Young and Restless and good friend Louisa Mak was also nominated for the award, she did not win. “She sincerely congratulated me on the night that I won,” Crystal clarified. “there was definitely no fakeness.”