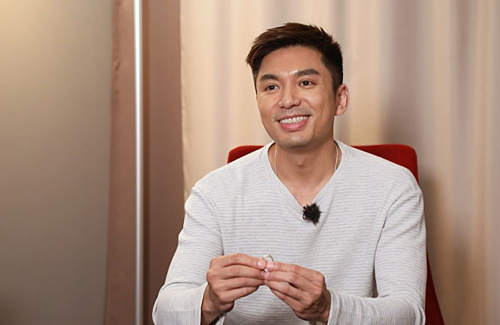 While many variety shows focus on the love and success in a marriage and relationship, ViuTV’s new show, Divorce Tour <一切從失婚開始>, instead focuses on the experiences of divorcees. The show invited many artistes who have gone through a failed marriage to star in each episode, including Rachel Lee (李麗珍), Gloria Yip (葉蘊儀), Yu Chiu (趙頌茹), and Daniel Sit (薛世恒). The guest stars traveled to different countries to learn about the various marriage traditions in each culture.

Yu, whose messy divorce with Roy Chow (周永恒) graced headlines for weeks, teared up when recalling the difficult time. “At the time, when a lady who walked by me on the streets, she told me to ‘add oil’. When I was on the bus, a young man wrote a note that said ‘add oil’ and handed it to me. Even when I was at a restaurant, someone wrote a note to encourage me. Sometimes, a situation may not be as glum as you perceive it to be at the time.” Receiving so many encouragements from friends, family, and strangers alike, Yu was able to draw courage from within to face the issue head-on. Although she has not given up on the idea of love, Yu has become more cautious when it comes to relationships and is not in a rush to find a partner. If she does come across an opportunity, she hopes the other person shares the same values, is willing to sacrifice for family, and has a good heart and willing to help others in need.

On a segment of ceremoniously selling an old relationship’s commemorative item, Daniel Sit, who divorced from Fala Chen (陳法拉) in 2013, candidly expressed that the ‘commemorative item’ that comes to mind is his wedding ring. He recalled, “At the time, we were out shopping and she saw a beautiful ring and necklace set and really liked it. However, I had some financial issues and could not buy it for her. Plus, marriage is not something you can freely discuss with other people. So, in the end, I purchased a ring that was more of a fashion statement in lieu of the traditional diamond ring.”

Despite ending in divorce, Daniel expressed his gratitude in having Fala by his side during difficult times. He ultimately did not choose to give up the ring during this segment of the show. Instead, Daniel decided to sell his written work as a symbolism of his relationship with Fala. He shared that the ex-couple used to write love letters to each other and would often communicate via written notes.

Daniel Sit Talks About His Divorce with Fala Chen

8 comments to Daniel Sit on Marriage with Fala Chen