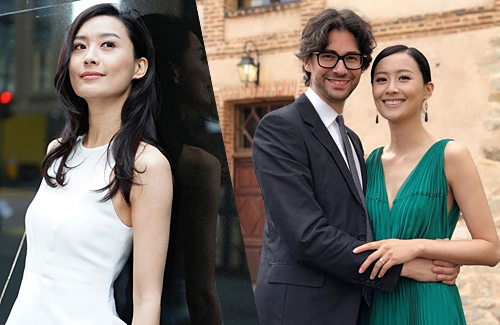 Regardless of country or culture, women often face discrimination not only based on their gender, but also based on their age. In places like Hong Kong, the age discrimination has only gotten incrementally worse, as women in their late twenties are branded as ‘leftover’ women. Fala Chen (陳法拉), who chose to leave her successful career after a failed marriage with Daniel Sit (薛世恒) in 2013, is a firm believer in redefining the personal and social equality of women.

When she was 31 years old, Fala left her A-list status at TVB in pursuit of personal development and re-entered school life. Feeling overworked and hitting a bottleneck, Fala enrolled in The Juilliard School in New York in hopes of polishing and refining her acting skills. Graduating at the top of her class, Fala has enjoyed many opportunities to perform in stage plays, independent films, and Hollywood projects.

However, turning 37 years old this year, ageism is still a big factor, and especially so in the entertainment industry. Fala shared, “Earlier, I had a discussion with my manager in the United States. She always felt that the issue of age is very unfair to women. The casting manager would pair a male lead who is 50 years old with a female lead in her 30s. However, you rarely see a female lead in her 40s be paired with a male lead in his 30s.”

As someone with high standards, Fala used to look for perfection in her relationships. However, as she ages and matures, her perception on the idea of ‘perfect’ has changed. “Before, I would hope that two people in a relationship will have similar personalities and hobbies. However, after experiencing multiple relationships, I realize that the ideal perfection is not possible. Everyone has their positives as well as their negatives. Instead, I now feel that two very different people who take the time to communicate, compromise, accommodate, and slowly form a unique relationship where they can get along well, is what a perfect match is!” 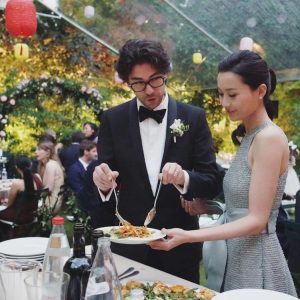 Applying this to her relationship with husband, Emmanuel Straschnov, Fala shared, “His personality and mine are very different. He is outgoing and I am more quiet. He loves to meet new people and I enjoy staying at home. He often reminds me to take the time to socialize and talk with producers and find new opportunities for work. Although I’d rather not, I am very thankful that I have found someone who will look out for me. We are growing together, and it makes me feel very grounded.”

As with all relationships, Fala and Emmanuel often quarrel and bicker. However, they have formed their own way of dealing with issues and arguments. Fala shared, “We would argue sometimes. Coincidentally, we are both very straightforward and impulsive. When are argue, it is like a debate and neither party will back down. However, we have established a safe code. When either party uses the safe code, it means that we must stop attacking each other and then talk again when we have both calmed down. Afterward, we must only use questions to approach the issue in hopes of turning the argument into a productive discussion.”

Despite her current methods of dealing with disagreements, Fala admitted to being young and immature in the past. She recalled, “When I used to argue with boyfriends in the past, I would break down and feel that we need to break up. As I grow older, I instead feel that arguments and disagreements are a way for both parties to further build and establish our relationship.”

Getting to Know Fala Chen’s Husband