iQIYI exclusive Detective Chinatown <唐人街探案>, a web series spin-off of the Chinese film series of the same name, premiered in China and Taiwan on January 1, 2020. The web series stars Taiwanese actor Roy Chiu (邱澤) as Lin Mo, a detective based in Bangkok’s Chinatown who is called in to solve several murder cases. The 12-episode series will be told in three separate cases.

Co-starring with Roy is Taiwanese actress Janine Chang (張鈞甯), who leads the story arc “The Name of Rose” <玫瑰的名字>. Starring as Ivy, Janine plays a seductive four-time widowed flower shop owner who seduces Roy in order to collect intel about the murders. Roy and Janine have a tumultuous love story—both mutually using each other but also can’t help but to fall for each other’s charms.

Ivy is a seductress, and very different from Janine’s past roles. The 37-year-old joked that even her mother did not know she had “this side” of her when watching the series.

Throughout the series, Janine and Roy constantly exchange flirtatious and suggestive dialogue. Janine would ask Roy if he wants to shower with her, and despite Roy’s resistance to temptation, he ends up making out with her in bed.

The amount of intimate physical contact between the two stars has reportedly gotten Roy to develop feelings for Janine, which he has admitted publicly. Janine has also responded by saying that she is not against Roy’s pursuits. Janine praised Roy for being a “handsome and excellent” actor; he can flirt so well that “both men and women will fall” for him. 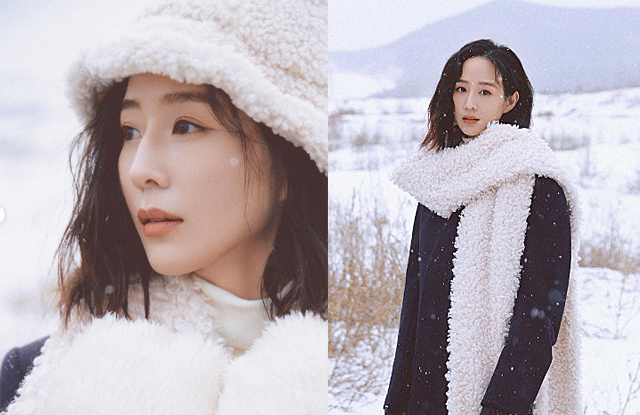 Accomplished but not complacent, Janine has bigger dreams.