Eason Chan Announces He is Bipolar 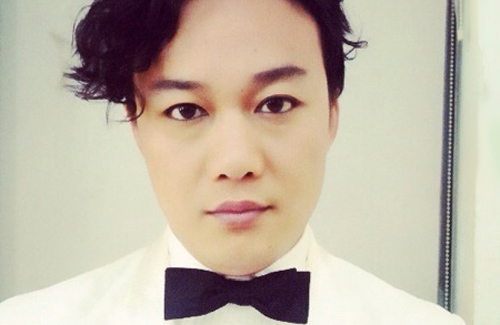 Despite the success of his career, living life as a workaholic for more than ten years has greatly affected Eason Chan’s (陳奕迅) physical and psychological health. During his recent Life Concert 2013 at the Hong Kong Coliseum, Eason exhibited odd behavior towards the audience.

On July 17, which was the concert’s eleventh performance, Eason openly announced to his fans he is bipolar and has a phobia of large crowds. He said, “It’s a type of mood disorder…I’m becoming more and more afraid when there are lots of people around. I’m serious about this. I have a phobia of large crowds. This is really not a joke…I am a little bipolar.” Soon after, Eason seemed as if he had lost himself and was out of his mind. “I just entered a really weird world. I totally forgot you guys are here. Actually, are you guys really here?” he questioned.

Eason spoke of his condition for five minutes and constantly told the audience that he is sorry. Initially, his fans thought he was simply kidding, but Eason only became more serious as time passed. The crowd soon broke into cheers, while Eason had tears in his eyes. In the end, he promised his fans he would continue to live the best of his life.

Apparently, Eason had already been ill during the fourth stage performance of his concert. He weight climbed to 188 pounds, and he had pains all over his body. With no time to keep fit, Eason could only turn to prescription pills. However, the pills led to a bloated stomach, and he entered the hospital at night to get rid of excess gas.

During the ninth stage performance of his concert, Eason suffered from a bad cold. His voice was hoarse and he coughed constantly. Fans were extremely worried about his condition. Eason’s wife, Hilary Tsui (徐濠縈), expressed, “I supported him backstage. He is seriously ill, and so I’ve been sleeping with my daughter at night.”

An insider reported, “Eason is actually very exhausted this time. The worst thing that can happen to a singer is a sore throat. When preparing backstage each night, he constantly sat by himself and looked into a mirror. He barely spoke to anyone.”

July 27 was Eason’s 39th birthday. That night, Eason’s manager, Katie Chan (陳家瑛), called a group of friends over to the Hong Kong Coliseum for a celebration. “It was a really touching evening. I haven’t seen Eason cry in a long time,” the insider said. When the night was over, Eason’s wife and mother gathered into the car with solemn faces, appearing to be very concerned with Eason’s psychological health.

26 comments to Eason Chan Announces He is Bipolar