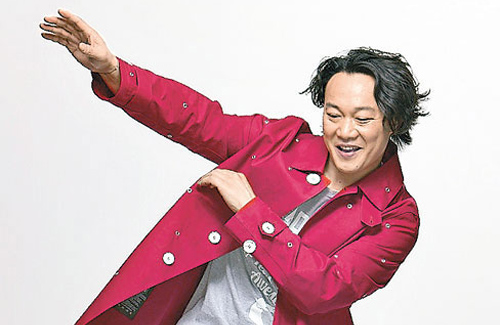 Previously, Eason Chan (陳奕迅) revealed plans of slowing down his music career to focus on his personal life and regain his energy after years of a demanding career. After a two-year wait, Eason finally released his newest Canto-pop song, Unconditional <無條件>.

Despite his hiatus, Eason still proves that he is at the top of his game. Unconditional was viewed more than 1 million times in Hong Kong, China, Taiwan, Japan, and Malaysia.

Learning that his single was a tremendous hit, Eason rejoiced, “A lot of people listened to this song and the reception has been very positive – I’m very happy.”

Eason further revealed that he has spent a long time with good friend Eric Kwok (郭偉亮) and renown songwriter Poon Yuen Leung (袁兩半) in order to create the perfect song. Not only was Eric one of the master forces behind the beautiful lyrics of Unconditional, he is also Eason’s frequent badminton partner. Often times, the duo would appear at the recording studio after a competitive game of friendly badminton, fueling the adrenaline that helped produce Eason’s new hit single.

1 comment to Eason Chan’s New Song is a Hit