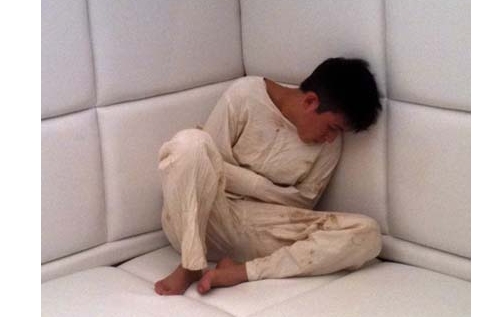 After completing the recording for his new song “Mr. Sandman” earlier, Edison Chen Koon Hei has followed up with a new title, “Running.” Both of these songs will be released under his new album, Confusion. As the details of the new songs were revealed to the public, fans became increasingly eager to purchase copies of Edison ’s new album.

After a three-year hiatus, Edison Chen has returned to the music industry. Through his music, Edison hoped to share his mentality over the past two years and did not want to be misunderstood by the public. Edison wrote the lyrics to all the songs in the Confusion album in English and recruited his friend, MC Hotdog to translate the lyrics into Chinese. As a result, the songs reveal the stories that Edison wanted to share the most in its most honest form.

Running Away from Life’s Problems
Two years ago in he United States, Edison wrote the lyrics to the song “Running” to depict his new found love for running. The activity helped him leave behind troubling problems. Seven days a week, he ran for more than an hour each day.  When his girlfriend asked him why he ran every day, Edison began to think about the issue. Edison felt that problems had swept over him in a powerful rush, thus he chose to run ahead, yet it was also running to escape from the issue. For his own life and his career, Edison finally chose to face the root of the problem. Edison joked, “Thinking back, I lead a very healthy lifestyle in the United States at the time.”

To match the lyrics of the song, the director of the music video requested Edison run in the cold weather in the middle of the night, running non-stop for fifteen kilometers. Since the shooting took place in the hillside, the air was thin and Edison was overcome with hypoxia and turned pale. Edison had to ask the director for a short rest to regain his breath.

In addition to the running footage, Edison wore a strait jacket and portrayed a mental patient. The scenes symbolized his desire to break away, yet he was confined. However, his positive energy eventually overcame his inner demons when he broke free in the final scene of the music video. Edison spoke highly of his “Running” music video, “I am excited this MV filmed me in a hot blooded manner. I look forward to sharing my music with everyone and hope everyone will like it.” Jayne: Edison Chen is finally back in the music scene. I think he will be filming movies shortly again. I do think there is a film market out there for him.

24 comments to Edison Chen as Mental Patient in “Running” MV