Elaine Yiu Stopped Getting Pursuers After She Slimmed Down 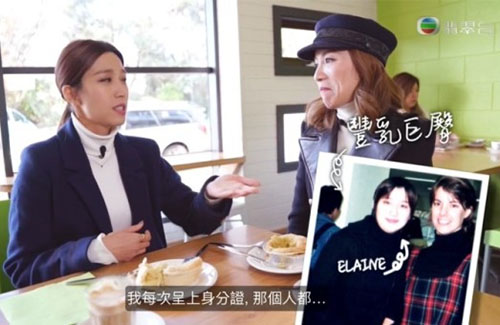 In one of the latest episodes, Elaine and Paisley branched off with the other girls to go on a trip of their own. Elaine shared with Paisley that she used to go to school in Australia and had a boyfriend from Malaysia at the time. The 36-year-old The Unholy Alliance <同盟> star used to be quite heavy, and was at least a size bigger than she was now. “I got a lot skinnier when I came back to Hong Kong. The photo ID I used at the time was my 18 year old self, when I was still huge,” said Elaine. “Every time the officers checked my ID they would give me a double take.”

Elaine then told Paisley that she used to have a lot of pursuers when she was living in Australia. “Funny enough I stopped getting them after I got skinnier,” she said with a laugh.

In related news, Selena won Best Actress at the European Cinematography Awards and the Lost Angeles Film Awards through her performance in the mini film Once More. Selena snuck her awards into her luggage and surprised her friends with them. Selena told the girls that they were the first people to know about it, and that she wouldn’t have made it this far without their support.