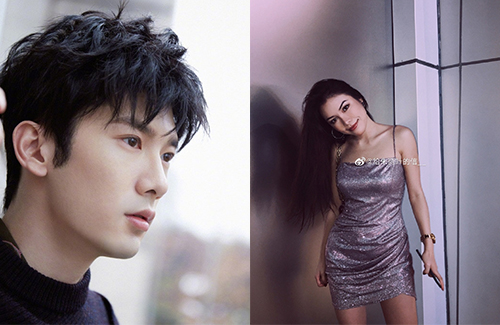 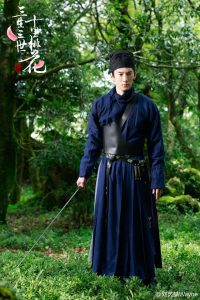 On November 22, screen shots of a WeChat message exchange between the 29-year-old actor and a 22-year-old social media influencer was shared online, revealing that the actor had been attempting to court the influencer through suggestive text messages, even asking the influencer if she was interested in hooking up.

In the revealed exchange, it was Wayne who had reached out to the influencer first, telling the fitness influencer, who is known as “Juliet” on Weibo, that he liked her body. Juliet then shared a news article about Wayne’s alleged relationship with actress Daisy (代斯), in which Wayne replied saying that they have already broken up.

Their conversation started civilly. When Wayne asked Juliet who had taken her gym photos, she replied saying that she took them herself with a tripod. Their conversations then became increasingly more flirtatious, with Juliet praising Wayne’s looks. “My face makes two of yours,” she said. Wayne replied, “And your buttocks make three of mine.”

When Juliet laughed at the response, Wayne pressed on, “But it’s okay. My **** is even bigger.” Juliet said, “Don’t get too crazy now.” Wayne replied, “I think you have experience [with sizes].”

They exchanged videos of them working out at the gym. Juliet told Wayne that she usually despises people who yell out and grunt loudly while they train, but she didn’t mind Wayne’s grunting. Wayne continued suggestively, “I would like to hear you yell.” 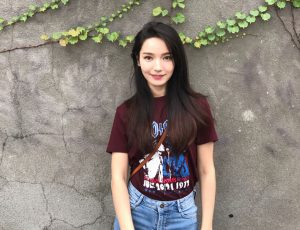 Wayne then started to share more revealing photos, prompting Juliet to say that she was shocked that “a guy like [Wayne] could have a soul like this.” Wayne shared a picture of a naked woman to Juliet, who said, “The breasts actually look scary.” Wayne said, “I’m sure yours aren’t bad.”

Juliet eventually changed the topic, asking Wayne why he broke up with Daisy. Wayne declined to answer, and then asked Juliet if she was the type of girl would who prefer being in a serious relationship. He said, “I just wanted to clarify. I don’t want stuff to happen between us and then have someone tell me that there are responsibilities involved.”

Juliet responded that while she does not have many rules when it comes to dating, she is not one who casually sleeps around. She also told Wayne that she is not interested in being in a rebound relationship.

Wayne acknowledged Juliet’s concerns and said, “I’m not looking to be in a relationship right now, but if you want to have some fun, you can come find me. If it’s not possible, then we’ll find a date some other time. I don’t want to hurt you.” 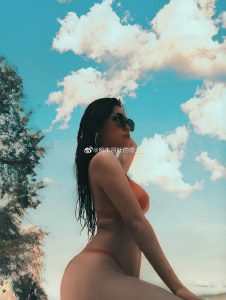 Their last exchange occurred on November 14, 2019. Allegedly, Wayne deleted Juliet’s number after that.

After the text messages were leaked, Wayne released a statement on Weibo confirming that the exchange had indeed happened. He said his last relationship ended in early October, and he was not in a very good state of mind. He apologized for his inappropriate behavior and promised that he would reflect on his actions.

Many netizens felt divided about Wayne’s behavior. There were netizens who called Wayne “filthy” and that he was being irresponsible as a public figure and celebrity. Other netizens praised Wayne for being honest and never disrespected Juliet during the exchange, and respectfully deleted Juliet’s number when he realized that she was not interested in a hook-up.

Other Actors Caught in Sexting Scandals

Edison Chen Crudely Asked Gloria Wong: “Do You Want to Have Sex with Me?”