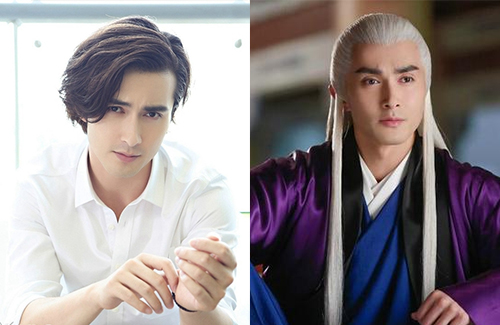 Over the last few years, Yang Mi (杨幂) has been credited for boosting relatively unknown stars to household names, including the likes of Dilireba (迪丽热巴) and Vin Zhang (张彬彬), but those two aren’t the only big stars under Yang Mi’s roster.

37-year-old Vengo Gao (高伟光), who shot to fame following his appearance in Eternal Love <三生三世十里桃花> as the Dong Hua Emperor, never even once dreamed of being a celebrity. Growing up in Heilongjiang, Vengo’s initial goal was to be able to get into a good university, but after doing poorly in the college entrance exams, he took up a job as a package delivery boy to make ends meets while he comes up with a backup plan.

As he was told that he had good looks and a tall height, Vengo was recommended to join the modeling industry. A few years after modeling, Vengo applied for the Central Academy of Drama with the interest of being an actor. It was at school when he had caught the attention of Yang Mi and her agency.

After signing with Yang Mi, Vengo debuted in the 2014 fantasy drama Swords of Legends <古剑奇谭>, which opened many opportunities. In 2017, he starred in Eternal Love, which boosted Vengo into a household name within the younger generation.

He will soon be appearing in The Pillow Book <三生三世枕上书>, a spin-off of the original 2017 series which stars Vengo reprising his character as Dong Hua and Dilireba as Bai Fengjiu.

“Eternal Love: The Pillow Book” Rumored to Air in January 2020