Taiwanese actor Ethan Ruan (阮經天), who recently finished his mandatory military service, made an appearance yesterday in Beijing in order to promote a cell phone brand. Because he enlisted in the army for a year, he missed out on many endorsement and filming opportunities, which were snatched away by rising stars Mark Chao (趙又廷) and Eddie Peng (彭於晏), both of whom happen to be good friends with Ethan. However, in an interview with the media, Ethan good-naturedly discussed their ongoing friendship, shared that his relationship with long-time girlfriend Tiffany Hsu (許瑋寧) is still going strong, and revealed his plans to enroll at the Beijing Film Academy at the end of the year.

When asked how he felt about Mark and Eddie’s constant presence in the limelight, Ethan laughed and said that his endorsements had all been stolen away by Eddie. However, they remain good friends. “I’ve known [Eddie] for a long time,” he said, “and our family members get along well too, so I won’t care at all. Everyone goes through highs and lows – this won’t affect everyone’s friendship.”

Ethan is not worried either about the possibility that Mark will outshine him: “I went through some very tough times with him. He’s had very good accomplishments in movies, and I wish him the best.” He also let slip that he had not yet met Mark’s girlfriend, mainland Chinese actress Gao Yuanyuan (高圓圓), though he noted that Mark’s face is “always brimming with a happy smile” nowadays.

When asked if he was jealous about Mark’s relationship, Ethan shared that his own relationship with Tiffany Hsu is very steady, although the two are not planning to get married in the near future. Nevertheless, the two frequently show off their love for each other on Sina Weibo, posting pictures showing Ethan cooking a meal or helping Tiffany tie her shoelaces. However, he vehemently denied that he had become a henpecked man, saying, “Everyone usually sees only what I do, but in reality, she does a lot for me too.”

Ethan’s first project after being discharged from the military is The Assassin <聶隱娘>, a Tang Dynasty movie starring Shu Qi (舒淇) and Chang Chen (张震) and directed by Taiwanese director Hou Hsiao Hsien (侯孝賢). After filming wraps up, he is planning to study at the Beijing Film Academy.

“It’s actually an idea I’ve had for a long time,” Ethan said, “because every time I worked with an actor from mainland China or somewhere else, I would always see many different ways to perform, which I never would have thought of. Since I want to concentrate on being an actor, I hope to have a little more specialized knowledge. I don’t have an acting background, and my performing all comes from my own life experiences and feelings, so I still want to learn a few basic skills.”

Ethan also shared that he hopes to work with mainland Chinese director Jiang Wen (姜文), whom he became a fan of after seeing him in the movie Keep Cool <有話好好說>. “There are many incredible directors in mainland China, and of course I would want to work with them,” he said. “I myself really like Jiang Wen – I’ve liked each one of his movies.” 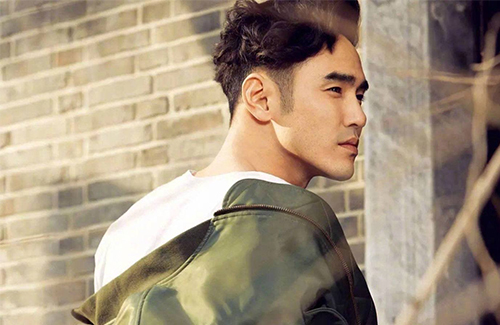