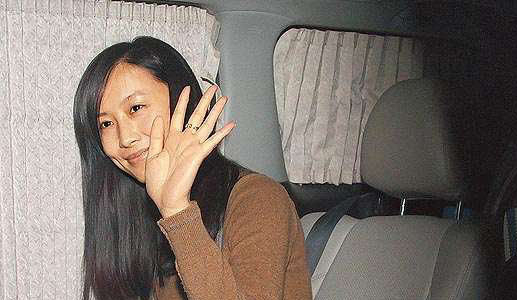 Rumors abound that 28-year-old Fala Chen may have secretly wed 32-year-old Sit Sai Hang in the United States in 2008. The couple is often spotted together, publicly displaying their mutual affection. It may be a matter of time before the couple openly acknowledges their marital status!

At the church, Fala and Sai Hang greeted their friends. It appears that it was not the first time that the couple have attend the church’s events. Reporters spotted Fala and Sai Hang wearing what may possibly be their wedding bands (although the rings were not placed on the traditional wedding fingers), inadvertently revealing the fact that the pair may be married!

In 2008, Sit Sai Hang visited Fala at TVB City during a filming break. Fala introduced Sai Hang to TVB executive, Virigina Lok Yi Ling at that time, causing many people to speculate that Fala announced her marital status to Ms. Lok at the time. 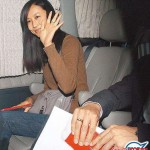 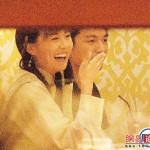 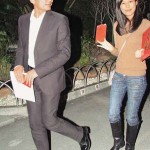 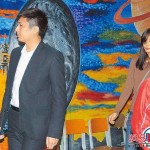 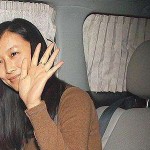 Jayne: The photos show that Fala and Sit Sai Hang did not wear the rings on the traditional wedding fingers and we can’t see the design of Fala’s ring that closely. However, Sit Sai Hang’s ring really resembles that of a typical wedding band, so I really believe that they are married! In their photos together, Fala and Sai Hang exude such a comfortable and easy intimacy with each other.

I am very happy for them if their marriage is indeed true. Sit Sai Hang is quite handsome!