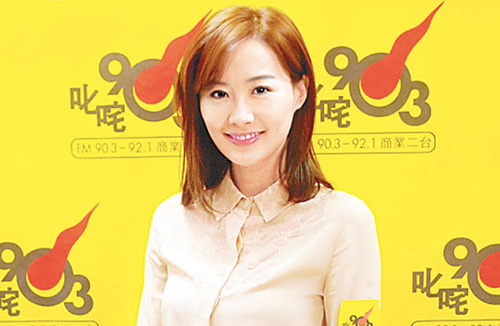 Since Fala Chen (陳法拉) started dating Neway Star heir, Daniel Sit (薛世恒), six years ago, the couple’s love relationship has been quite high profile. Earlier, rumors surfaced that Fala and Daniel got secretly married in 2008 and even share joint-ownership of a $2.3 million USD house in California, USA. In a recent radio interview, Fala did not directly deny that she and Daniel were married. On March 20th, model Marie Zhuge (诸葛紫) married Daniel’s younger’s brother, Sit Ka Lun (薛嘉麟), in a $8 million HKD “Cinderella” wedding which took the paparazzi by storm. For four years, it was rumored that Marie and Fala did not get along with each other due to personality clashes. Allegedly, Fala was favored by Daniel’s mother, Mrs. Sit, and greeted the guests at the wedding together. Fala sat along with the rest of the Sit family and was treated as an esteemed member of the household.

With Fala’s alleged secret marriage to Daniel, the relationship with her new “sister-in-law” Marie Zhuge was carefully watched by all, for any signs of rivalry and power play. It was observed that on the wedding night, when Fala and Daniel wished the newlyweds happiness in their new marriage, Fala maintained her distance from Marie. Although Fala and Marie sat at the same banquet table on the wedding night, they did not talk to each other and kept a noticeable distance.

With increasing scrutiny on her love life and status within the Sit family, Fala appeared to have lowered her guard amidst the frequent bombardment of questions as to whether she and Daniel were in fact married. In a radio interview promoting her new TVB drama, Queens of Diamonds and Hearts <東西宮略>, Fala was asked when it will be her turn to get married. She replied, “We do not have a plan yet. There may not be enough time this year, as the preparations will take a long time.”

Fala was asked what being officially married meant to her, whether it was obtaining the marriage certificate or holding a wedding banquet, cementing the marital status publicly under the witness of family and friends. Fala was reserved in her reply, “I will announce it at the appropriate time. There is no need to rush. Many fans said that they wish to see my wedding, giving me a bit of pressure.”

Although Fala did not directly clarify her marital status with Daniel, it was apparent that she cherished him as a partner and close confidante. Fala suffered from Trigeminal neuralgia (facial nerve pain) last December, whereby Daniel accompanied her to visit her parents in Georgia, USA and take a much needed rest from work. Fala revealed that Daniel had never discouraged her to retire from acting, despite the strenuous nature of her work.

Fala revealed that Daniel was a good listener and very supportive of her work. “He highly supports me, often chatting with me and what I like to do. He praised me for my performances in comedies. He gave me a lot of advice regarding my career.” Daniel also enjoyed watching Fala’s performance in the currently broadcast, Queens of Diamonds and Hearts.

In the coming months, Fala will be busy recording her first music album, which will feature songs centering on love and other lifestyle themes. In May, she will be filming the highly anticipated TVB drama, Triumph in the Skies 2 <衝上雲宵>.

Jayne: I also hope to see Fala and Daniel in a big wedding bash. From Fala’s response in her recent radio interview, it appears that she will have a big wedding banquet, but it is a matter of when.