Fan Bingbing Launches Her Own Beauty Brand and Mask 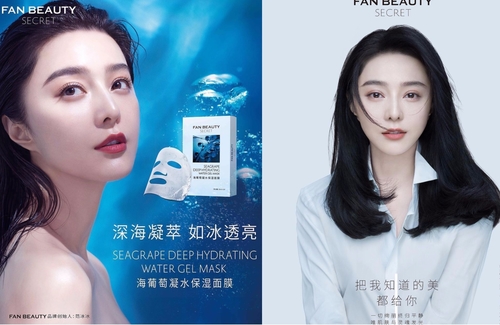 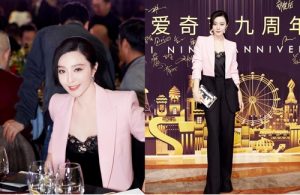 (范冰冰) kept a relatively low profile after her tax evasion scandal broke out and she was fined roughly HKD 1 billion for her “yin yang” filming contracts. Although she was rumored to be paving her way back into the industry on numerous occasions, it was still shocking when she actually made her first public appearance post-scandal on April 22nd in Beijing. The 37-year-old actress immediately became the center of attention when she showed up at online video platform iQuiyi’s ninth anniversary gala.

The timing coincided with Fan Bingbing’s sudden and surprising beauty brand launch, Fan Beauty Secret. Known for her love of using facial masks and dubbed as the “Queen of Masks,” it’s only apt that she created her own mask for the brand. Fan Beauty Secret’s Seagrape Deep Hydrating Water Gel Mask marks her official debut in the international beauty industry. 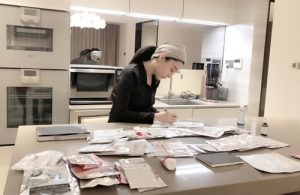 Fan Bingbing personally supervised many months of research, development, and production conducted by Korean elite researchers. She then announced the product’s launch on Weibo and other online platforms. She was also the model in a series of advertisements for the mask. In pictures, she showed off her slim body and pale skin, contrasting with her red lips. The star also shot a promotional video in which she personally recommended the mask to viewers.