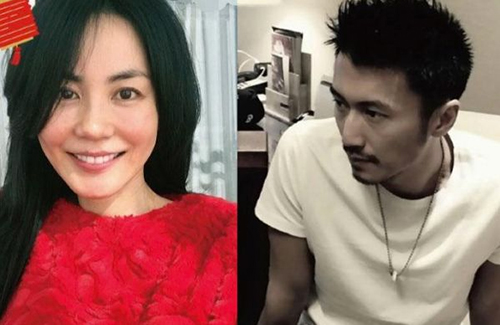 It’s been well over a year since Faye Wong (王菲) and Nicholas Tse (謝霆鋒) got back together after 11 years of being married and divorced with other people. Though the couple are still as tight as ever, Faye is said to be reluctant to get married again. Having gone through two divorces herself, the failed marriages left a shadow in her. Nicholas reportedly proposed to Faye three times, but she turned him down each time.

Faye’s close friend Carina Lau (劉嘉玲), however, does not believe in these claims. The Hong Kong actress, who went to Macau this past weekend to support Madonna’s Rebel Heart Tour concert in Studio City, said she does not believe Faye would ever turn down Nicholas if he proposed to her.

“They’ve been so in love with each other ever since the two of them got back together,” said Carina. “I’m actually jealous. Very jealous, actually, because they only see each other in their eyes. They don’t see me!” Carina then added with a laugh, “Actually, [Faye and I] rarely meet up anymore. The two of them are always together now. When a woman’s in love, she’ll only care about him, and not her friends! This is normal.”