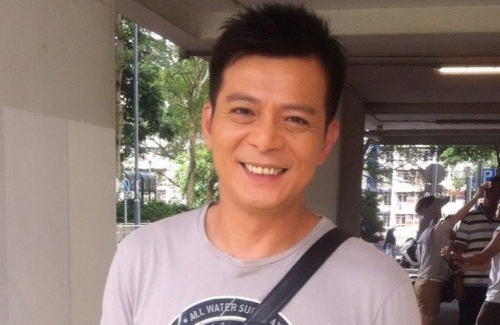 The rumors of Michael Miu (苗僑偉) eyeing for a contract with HKTV had floated around for weeks, ever since he turned down the offer to star in TVB’s upcoming drama Midas <點金勝手> earlier this month.

Last week, Michael clarified in an interview that the rumors were false and that he currently has no intentions to join HKTV, also revealing that he will be shooting a new TVB in January or February of 2014.

However, the 55-year-old actor did admit that HKTV boss Ricky Wong (王維基) had approached him for a possible future collaboration. Michael also expressed his hopes of a free television market in the future. “As an artist, we all want to be able to freely film for as many television stations as we want,” the actor said.

Rumors then surfaced that Michael’s good friend Felix Wong (黃日華), who has signed with HKTV and is currently shooting Flow of the Years <歲月樓情> with Ha Yu (夏雨) and Paw Hee Ching (鮑起靜), was the one who recommended Michael to Ricky.

Felix clarified, “No, I never did that. I will not. I believe this depends on his own choice and wishes. [Ricky] has approached many others, but it really depends on the license. If [HKTV] has a license, everything will be much easier to handle. Everyone would be happy. If actors, good actors, are able to come to [HKTV], then that’s wonderful. It benefits everyone.”

As for when HKTV will get its free-to-air license, the former TVB star said, “Don’t know, but it’s looking good. Judging from Mr. Wong’s expressions and voice, he has been looking happier; not as depressed as before,” Felix laughed.