Many from the entertainment industry turned up to pay their final respects.

Felix Wong’s (黃日華) wife, former TVB actress Leung Kit Wah (梁潔華) passed away from organ failure on May 27, at the age of 59. Her wake was held on June 13 as scheduled to allow loved ones to pay their final respects. Sending his beloved wife off on her final journey, Felix was accompanied by his daughter Adrian Wong (黃芷晴), his mother-in-law Mrs. Leung, as well as many good friends from the entertainment industry. 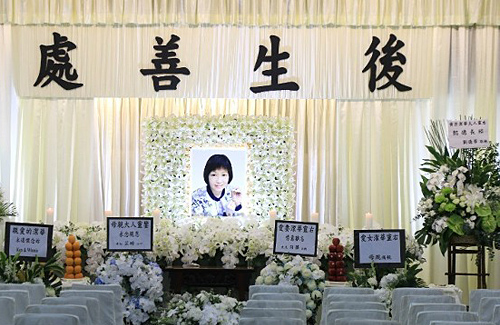 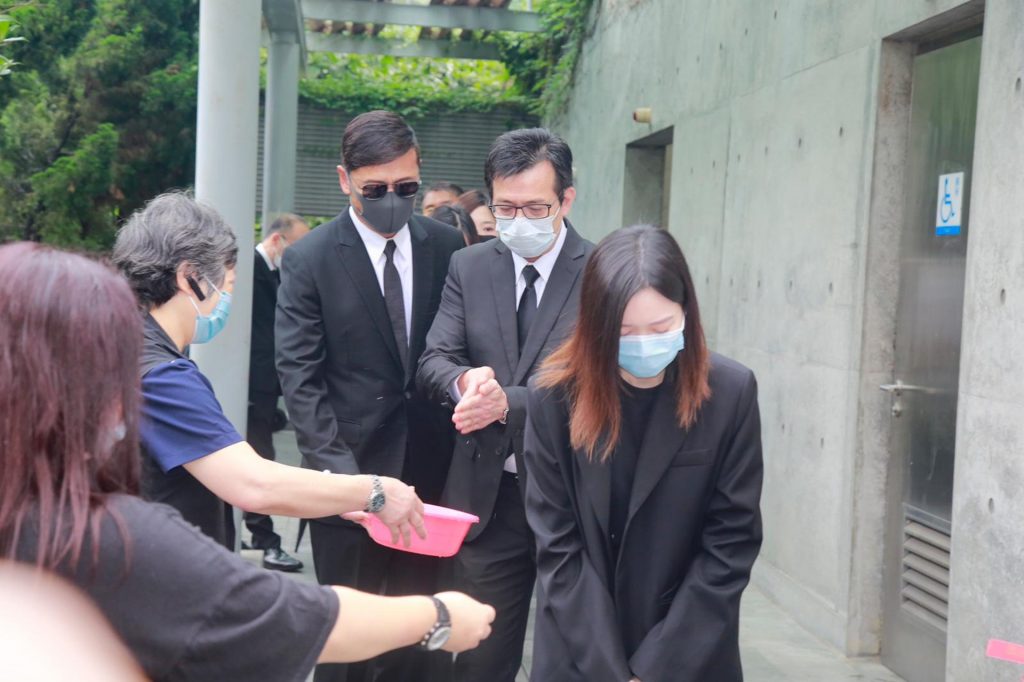 When interviewed, Michael Miu shared that he had met up for meals with Felix and chatted with him recently. While Felix appeared visibly thinner, Michael said he had been in good spirits, “He needs to cheer up, as both father and daughter had been prepared for what [was coming]; it is a release after all.” Natalis Chan (陳百祥), who had worked with Leung Kit Wah on the long-running show Enjoy Yourself Tonight <歡樂今宵> and witnessed her going through life’s milestones of dating, marriage and having a daughter, commented, “Life, growing old, illness and death are always fear-inducing with sad [phases].”

Alan Tam (谭咏麟), who had not enjoyed a game of soccer with Felix for some time, praised his friend for being strong. “Actually, he is very thoughtful and takes care of his teammates well. Sometimes, when I am not there, he will play leader and bring them out for food. I was not so familiar with Mrs. Wong, I had seen her at TVB City before; Felix really cared for his wife a lot.”

The funeral proceedings ended at 8:30 a.m. the next day, to be followed by cremation. Holding her mother’s framed photo with a sorrowful expression, Adrian boarded the hearse heading for the crematorium with father, while the elder Mrs. Leung left the scene, supported by other relatives. After the cremation ceremony ended at around 10:40 a.m., father and daughter emerged, bowing with clasped palms as Felix expressed thanks to the reporters. When father and daughter arrived at the temple complex, reporters went up wanting to interview them, but as Adrian shook her head refusing, they bowed again and did not speak with the press. 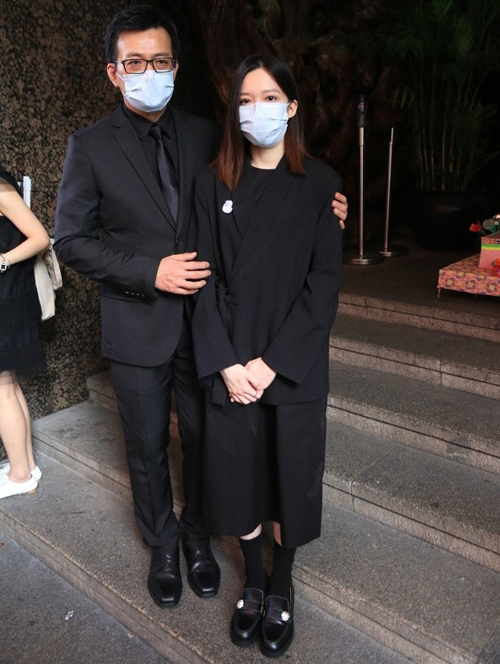