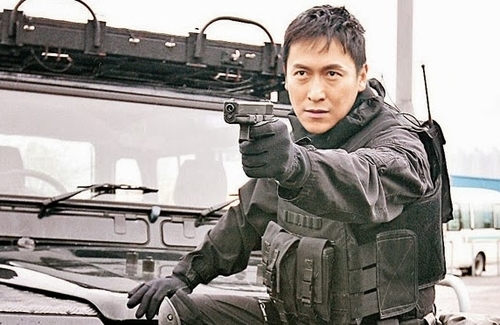 Without a doubt, newly crowned TV King Joe Ma’s (馬德鐘) previous career in the police force before joining the entertainment industry is no secret. However, he recently revealed he was actually a part of the VIP Protection Unit, also known as G4. Yesterday, he went onto the radio program, When I Was Young I Listen To The Radio <口水多過浪花>, to share his previous G4 experiences with hosts Carol Cheng (鄭裕玲), Alton Yu (余迪偉), and Ma Li (麻利).

As a G4 member, Joe was required to protect the person from harm and attack, even if it meant sacrificing his own life for theirs. Ma Li asked Joe if he would definitely sacrifice himself if something happened, and without hesitating, he responded with, “Definitely! That mentality will become a sense of mission after you come out of training.”

Fortunately, he never ran into such a situation during his time with the G4 and Hong Kong is a very safe place, according to Joe. He also revealed he previously protected Princess Diana, praising her as very considerate. “Princess Diana is a royalty I admire a lot, she is very familiar with the rules and the work of the G4, and very considerate of us,” Joe complimented. “For example, after shopping, she wouldn’t ask us to carry her bags, and won’t make it difficult it for us.”

He continued, “There are some people who would ask, ‘Why are you so close?’ and say, ‘I don’t want to see you,’ but actually I just want to protect the other party. G4 protects from the outside and the inside, and the distance from the target can’t be too far away or too close.”

Aside from sharing juicy stories on the program, his G4 background came in handy when the crew of dramas Tiger Cubs <飛虎> and Tiger Cubs II <飛虎II> consulted him for advice the day before shooting began. His knowledge was useful in portraying realistic scenes. 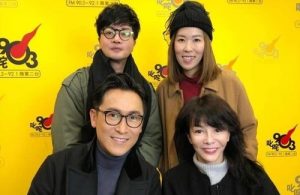