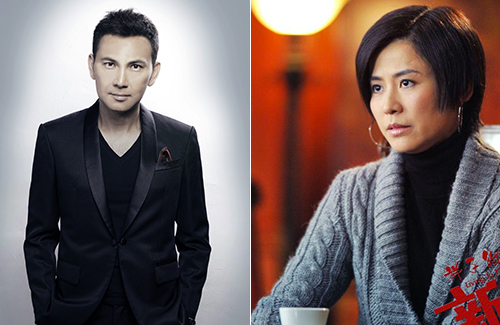 According to the latest scoop in Hong Kong entertainment media, Frankie Lam (林文龍) and Jessica Hsuan (宣萱) will be returning to TVB this year to shoot a comedy drama-series for TVB’s streaming service, myTV SUPER. The series, titled The Woman Who Doesn’t Know How to Flirt <不懂撒嬌的女人>, will be myTV SUPER’s first official original series after its launch in April 2016.

myTV SUPER currently has two exclusive programs released. Its first exclusive program was the two-part film series A Time of Love II <愛情來的時候2>, released on May 28. Its second original production was the sex-comedy series Come With Me <性在有情>, which premiered on June 4. Both productions were made a year before myTV SUPER’s official April launch.

According to the source, The Woman Who Doesn’t Know How to Flirt will be TVB’s first series to be filmed in 4K display resolution, at 2160p. It is four times higher than 1080p, the current definition for HD. The source also adds that the drama will be a major production, as the crew behind the project is outsourced.

At HKTV, the 48-year-old starred in three series: Hidden Faces <三面形醫>, Night Shift <夜班>, and Sky Net <天網>. The latter, however, was unable to complete production.

In regards to his TVB return, Frankie said it’s because most of his HKTV coworkers, including producer Kwan Syu-ming (關樹明) and writer Chu King-kei (朱鏡褀), will be working on the series. More details of the drama will be revealed at a large-scale press conference this coming July.

Jessica, on the other hand, left TVB after starring in the SDU series Tiger Cubs <飛虎> in 2012. The actress balanced her career with both Mainland Chinese television dramas and Hong Kong films in the last few years.

Vincent and Natalie expressed their glee in Frankie and Jessica’s return, and are happy for the opportunity to work with the two senior actors. Vincent said, “Jessica and I collaborated in Gun Metal Grey <刑警> and Tiger Cubs, so we’ve gotten close. However, this will be my first collaboration with Frankie and Natalie. I am confident that we’ll have chemistry.”

Both Vincent and Natalie declined to reveal more details about the drama. Natalie said, “I cannot reveal anything until the press conference. The company is attaching a lot of importance to this drama.” (Are you worried about it being shot in 4K?) “I still don’t quite understand what this aspect is about yet! All I know is that I’m really looking forward to this drama!”

14 comments to Frankie Lam, Jessica Hsuan Cast in New TVB Drama “The Woman Who Doesn’t Know How to Flirt”