Funn’s Thoughts: Life and Death in “The Confidant” 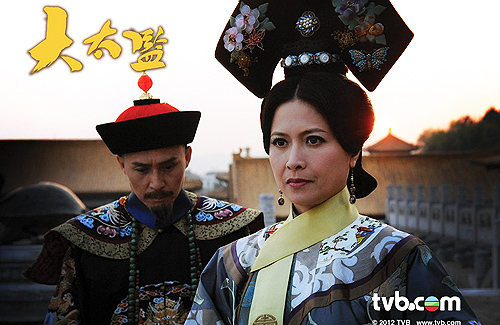 Funn’s Note: The following are not episode recaps but are ramblings and torrents of disbelief for The Confidant <大太監>. All merely personal opinion.

For a series about the corrupted dark world of the Forbidden Palace, there is very little death in this series. I was wondering what must someone do to get murdered in here. Well, I suppose the baseline is eloping with the Princess. Anything below that is death.

I do remember technically first death was Sing Bo, the ultra serious stressed looking assistant of Prince Gong. He got executed. Since Cixi is so nice, I assume there was no “Eliminate 9 Generations” edict. Whilst he deserves death for instigating an unneeded coup of sort, he was betrayed in a way by Prince Gong. My impression of Prince Gong lessens thereon.

But eunuchs? No one died until that Head of Medical Dept’s eunuch and I will say it was a deserving death. Because he was being a pest and An De Hai had to just stab him (out of anger) because he was basically telling An De Hai to go screw himself when An De Hai was trying to stabilize the power of handling 3,000 eunuchs. His life and career depended on it.

And thereafter no more deaths of eunuchs. We need some more body count here!!

For a civilian, so far only one death and that is the husband of Sin Yung that is Pak Lun, that useless piece of garbage who did every bad thing a garbage will do. Technically Sin Yung poisoned him with rat poison. I applauded. But he didn’t die yet when Lianying and De Hai was there to save Sin Yung, De Hai wanted to at least carry him out of the house but Lianying said let him be. Of course, Lianying the nice guy blamed himself for Pak Lun’s death, saying he murdered Pak Lun and De Hai rightly, “No you didn’t kill him. He was where he was because of himself” and I was like of all the scumbags Lianying, this one you should feel no guilt for.

And that’s it. Technically 3 deaths. Not even Chan Fuk is dead. Like I said this palace is really very nice and peachy environment.

And like I said, we need more dramatic deaths. But I gotta admit, so far, all the deaths, all are deservedly dead for various reasons.

Now about life or those living.

Princess Heshuo is married some episodes ago. I am sure she shall return to haunt my dream of a logical story for Seung Hei.

Cian has become a recluse and devotes her life to prayers and being very very thrifty, making amends with Cixi. I don’t get why Cixi isn’t ready to forgive her. I suppose Cixi is very very “siu hei”. Cian shouldn’t bother. She did all she could. What more must she do?

Cixi is Cixi. One scene she brought Sin Yung back to be her maid so that Lianying doesn’t have to go running everywhere for Sin Yung. Very nice gesture. And Sin Yung explains what sort of hairstyle Manchurian and Hans have and I was laughing because it can be 1,000 types, in the end Cixi will still have the both side puff up hairstyle like she has from episode 1. And lo and behold, I AM RIGHT!!

Tongzhi has grown into a young looking Oscar Leung who so far is doing rather well! I do miss Pako Au though and his “You servants!” with such malice. Ahhh miss that boy. Adult Tongzhi of course has a better relationship with his servants than his younger self and he has a much closer bond with Cian who dotes on him than Cixi who chastises him. Cixi loves him no doubt, as Cixi did tell Cian, “I will continue to be the bad guy, and you the good guy, let’s keep this pretense for all sake.” I love the scene where Tongzhi shows his concern for Cian and Cian is genuinely affectionate towards him. Kudos to Maggie Siu who looks maternal and older in the later scenes.

Seung Hei miraculously is the de factor chief doctor of the palace. Please someone tell me this isn’t true. Logic out of the window. For me of all characters, Seung Hei is the least likely to exist.

Prince Gong is missing. I am sure he will turn up when the drama requires his presence. I pity this Prince Gong in a way. Whatever he says have logic. But somehow Cixi earmarked him for potentially usurping her son’s throne whilst he earmarked her for potentially usurping her son’s throne. In other words, they both have same thing in mind, except different person being the bad guy. At some point they must fall in love and elope.

Poor Cian though. Again another impossible love affair. One scene I am not quite pleased with how it is shown is Cian lamenting no one is celebrating her birthday and that eunuchs know who is their master. HELLO!! Cian is one of the 2 top persons in the palace. The eunuchs will never deprive her. She is too high ranking, even Cixi defers to her in public. If you want to use this sort of self pity line, use it for characters such as the stupidly tragic Yuen Pin! It can’t apply to Cian!

And one last anomaly. We all know Tongzhi died when he was 18 or so. In this series I assume he is 14 or 15 or somewhere there. One scene says he is about to reach his 20 years of age and still unmarried. ZOMBIE ALERT! ZOMBIE ALERT!! Tongzhi back from the dead!!

Anyway Miss Drama Queen will show up soon enough. I just hope she won’t go dramatically berserk when things don’t go her way. Fact; Cixi later on hated her daughter-in-law. I am sure however this series will showcase Cixi’s positive side and just make her dislike the girl for some good reason.

Series still good even if getting more and more ridiculous. But I can tell you this much; after Gong II, this series is nothing. Change history if you must. But change it logically. Whilst I may complain about Cixi being the nice one is illogical, it isn’t that terrible. The worse is the characterizations, how such changes is presented. That is what I am complaining. And for that since Gong II is the worst offender, The Confidant is quite simply bending the rules a little but still on an acceptable level if you throw out logic and reason. In the case of Gong II, you have to throw out your sanity.

Another series I am watching right now is Beauty Palace aka Beauties Of The Tang Palace (http://wiki.d-addicts.com/Tang_Gong_Mei_Ren_Tian_Xia). Yes yes I know I am watching too many Yu Zheng series, what can I do? Ch 310 loves his series.  Nice HD even though costume is too Korean. Again it is nonsense BUT I suppose Yu Zheng utilizes his entire Nonsense Arsenal into Gong II and so there is less nonsense here. The best story thus far is the fight between Zhangsun Wuji (played by the fantastic actor Zhang Chen Guang who looks better now than when he was younger) and the future Wu Zetian. Her husband is still alive at this point and terribly weak man. The story starts with the murder of Wu Meniang’s (Wu Zetian’s name) infant daughter believed to be at the hands of the unfavoured Empress Wang. Anyway drama ensued. What I like about this change of history is the emperor is the bad guy. He wants to reclaim his power from his powerful uncle who is also the chancellor, Zhangsun Wuji and so he devised a series of events culminating in an ending I have yet to reached. Wu Meiniang here is smart and quite ruthless but not heartless. The Empress is kindly and weak but not stupid. Zhangsun Wuji is cunning and smart but has miscalculated the Emperor’s cunning and the Emperor is the most ruthless of all. If you read those history books, these may not be what we know of so the writer did change that bit BUT still logically and within context of what is acceptable.

The Confidant did not do that well in that department but believe me, 5 episodes of Gong II or even Gong I and you will sing TVB praises. What is important is integrity to the idea of that era. So far The Confidant fails in that respect. Life is too peachy. Bu Bu Jing Xin however also sorta fails because too scary or urgent in the context of the rule of Kangxi. However Curse Of The Royal Harem takes the cake for TVB’s worst offender, I count is as no. 3, third to Gong II and Gong I, in that order.

Of course, as a praise for The Confidant, it is light years away from that garbage known as Curse of The Royal Harem.

So, are you watching The Confidant? If not, why not? If yes, what else should you watch that is from TVB? From the line of new series, The Confidant is  must watch BUT even then I will say, purely from my own personal opinion that seriously though, The Confidant is not that great. But amongst the many mediocre series, it is the better one.

Related Commentaries on “The Confidant”

This commentary is written by Funn Lim and was originally posted at www.point2e.com.

20 comments to Funn’s Thoughts: Life and Death in “The Confidant”