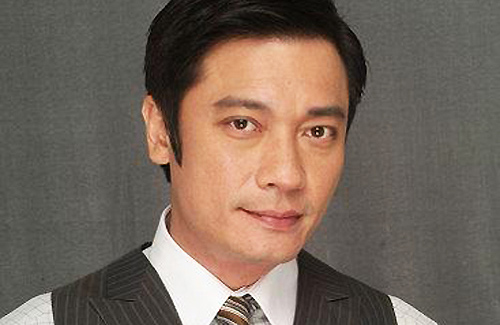 One life fades away and another is born. A week before the birth of Gallen Lo (羅嘉良) and Sophie Su’s (蘇岩) daughter Sela, Gallen’s father had passed away in early April. However, to prevent the clashing of the mourning and the baby’s arrival, Gallen did not fulfill the responsibilities of the eldest son and left his father’s funeral arrangements to his ex-wife Clare Fong (方敏儀) instead.

Gallen’s father died at the age of 83 years old in a public hospital in Hong Kong on April 9. A wake was held for him at the Universal Funeral Parlour on May 3. Though Gallen sent a wreath with Sophie and his name on it, he was noticeably not present at the wake. It was Gallen’s ex-wife, Clare, who had to oversee and make the necessary arrangements. Without Gallen present, the funeral responsibilities of the eldest son of the deceased fell instead on Gallen and Clare’s son, Lo Yu Shing (羅裕珹). Despite the absence of a father figure, Yu Seng maturely followed instructions of the funeral parlor director, praying and kneeling without any signs of impatience from a 14-year-old teenager.

The following morning, a downcast Gallen showed up at the funeral home with a mask on his face. At 11 a.m. when the funeral procession began, it was Yu Shing who carried his grandfather’s photograph at the front of the procession to the Diamond Hill Crematorium. Traditionally, this duty is performed by the eldest son of the deceased. Instead, Gallen accompanied his mother and followed behind. Clare kept a low profile and remained even farther behind.

After the cremation, the family moved to a temple for prayer rituals and then they headed to a restaurant in Kowloon City for the meal after. Despite the media’s numerous inquiries about his absence from his father’s wake, Gallen remained silent.

After East Week’s scathing report over Gallen’s infidelity and lack of responsibility in his father’s funeral arrangements, an angry Gallen issued a press statement today. “The situation was distorted in the news report, I was very upset.  This publication took advantage of my father’s death for their headlines. This action is questionable, which has hurt myself and my entire family.”

Gallen’s lawyer will follow up on the slanderous report against the tabloid.

Note: This article was updated on May 9 at 12:32 p.m. to include the contents of Gallen Lo’s press statement towards the reporting of his father’s funeral.