The actor, who already faces sexual assault charges, has been sued for 60 million yuan for causing delays to the drama’s broadcast.

On October 8, Zhejiang Talent issued a notice that the drama Legend of Ba Qing (also known as Win the World <赢天下>) will be re-filmed due to scandals involving its leads. Fan Bingbing’s (范冰冰) and Gavin Gao’s (高雲翔) scenes will be reshot by A-listers in a move expected to cost around 60 million yuan.

After male lead Gavin Gao was put on trial for sexual assault in Australia last year, the show had used actor Li Chen (李晨) to re-film Gavin’s scenes in an attempt to salvage the drama. However, female lead Fan Bingbing was found guilty of tax fraud, delaying the drama’s broadcast indefinitely. The producers’ moves of tapping on additional investment and re-filming key scenes with replaced lead actors is surely an attempt to minimize the drama’s losses, especially since 500 million yuan had already been invested in the production.

Fall in love with Aranya <阿那亞戀情>, another drama produced by Zhejiang Talent which starred Gavin and his ex-wife Dong Xuan (董璇), was also unable to be aired due to the actor’s sexual assault charges. With the drama currently undergoing technical editing, Zhejiang Talent had earlier sued Gavin for the delay of the drama’s airing. Gavin and then wife, actress Dong Xuan divorced not long after he was sued.

Refuses Settlement as He Thinks He Did No Wrong

On October 9, court case hearings commenced in Beijing. Gavin was in Australia, but his representative lawyer Zhang Qihuai (張起淮), who rose to fame after representing actor Wang Baoqiang (王寶強) in the high-profile divorce case with actress Ma Rong (马蓉), was present.

After the hearing ended, Zhejiang Talent’s representative company walked out of the court first and declined to comment, while Gavin’s lawyer Zhang then appeared, and accepted a short interview from the media.

Looking relaxed, Zhang and his assistant smiled on seeing reporters. Zhang said, “I am confident in the case. I am confident in Gavin Gao, and I am not concerned at all about the outcome of the case.” He revealed that the case’s formal opening proceedings had been completed and that Zhejiang Talent had suggested a settlement, but Gavin rejected this as he felt that he was not at fault. The case, a contract dispute in nature, was related to the drama Fall in love with Aranya and did not involve Legend of Ba Qing at the time.

Zhang also revealed that Zhejiang Talent had requested Gavin to pay about 60 million yuan in compensation for the losses which he has allegedly caused. These were due to him not being able to complete voice dubbing duties in Australia, the negative impact of his sexual assault and divorce on the project, and bringing up the “four taboos” set by Radio and Television administration. Zhang felt that as Fall in Love with Aranya had already been digitally re-shot using AI technology, it should be considered a change made on the foundation of Gavin’s artistic performance and therefore there was no reason Zhejiang Talent should be asking Gavin to bear all charges.

Case Has No Precedent 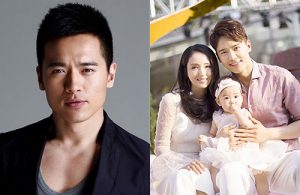 Zhang added that as the case has no similar precedent, any outcome could only be convincing after the conclusion of the sexual assault case in Australia and after the drama receives approval ratings from the relevant authorities. Zhang also revealed that Australian authorities do not have any evidence to press sexual assault charges against Gavin.

Currently in Australia, Gavin is besieged by an onslaught of legal battles, with the compensation case starting even as his sexual assault case is still ongoing. With his personal assets frozen, Gavin is currently relying on ex-wife Dong Xuan’s money for daily expenses. Having visibly lost weight when he showed up in court recently, actual proceedings for Gavin’s case is expected to begin around October 21, and will take at least six weeks to conclude.