Gavin Gao’s DNA Found in Blood and Other Stains 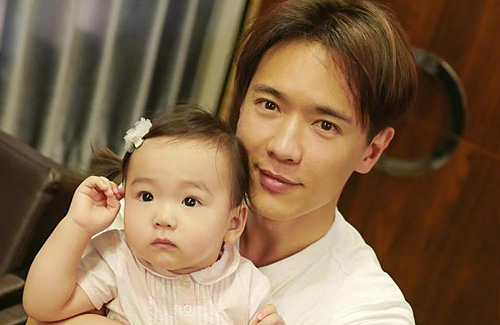 Above: Gavin Gao (also known as Gao Yunxiang) with his daughter.

Mainland Chinese actor Gavin Gao‘s (高雲翔) sexual assault case was heard in court today. The outlook for Gavin’s case continued to look grim as the 35-year-old actor’s DNA was found in blood and semen stains on the pillowcase of a Shangri-La Hotel room, where the alleged attack took place.

Gavin, along with Wang Jing (王晶 ), were arrested for forcing intercourse with a female production worker after the “wrap up” party for Love in Aranya <阿那亞戀情> took place in March.

However, Gavin’s lawyer, John Korn, said that witnesses on the film set claim that the victim was interested in Gavin. Also, crew members saw the victim and Wang Jing kissing passionately in a karaoke bar hours before the alleged attack took place. CCTV evidence showed that the woman did not put up any resistance when entering the Shangri-La Hotel with Wang Jing.

Trying to prove that intercourse was consensual, Gavin’s defense lawyer continued to push for bail. Since their arrest, Gavin and Wang Jing have spent the past three months in the Silverwater Correctional Complex, the largest prison in Australia. Gavin is now under protected custody as he was taunted by inmates due to his star status.

Gavin’s wife, Mainland actress Michelle Dong (董璇) and their one-year-old daughter have moved to Sydney to support him during the trial. The defense lawyer argued that if Gavin were granted bail, he would not flee Australia.

Despite the proposed offer of $3 million in sureties, Justice Lucy McCullum was skeptical over Gavin’s relationships with the guarantors aside from his wife. Justice McCullum will announce the decision on bail application tomorrow.