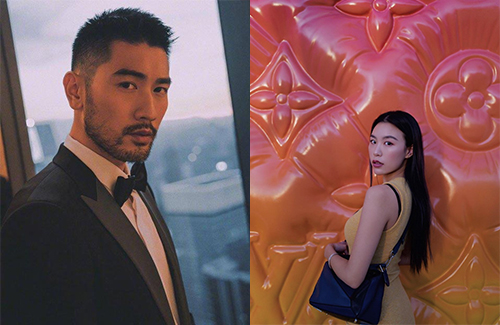 Godfrey Gao (高以翔) apparently had plans to propose to his girlfriend, Bella Su (蘇湘涵), only one day after he was to complete his filming obligations for the Chinese variety show Chase Me <追我吧>. The actor tragically passed away on November 27th from sudden cardiac arrest. He was in the middle of a jogging scene for the show.

According to his close friend “DJ” Darren Jiang (蔣珅瑋), Godfrey had arranged for an “important” dinner with Bella, his family, and her family on November 28: he was planning on proposing to his girlfriend of three years.

“Now I finally realize why you suddenly texted me and asked me where I was that day,” said DJ on social media. “Because the two of you had a really important dinner to go. You hoped that I would be there as your witness, to help you prepare for a new chapter in your life.”

Godfrey’s coffin has already returned to Taiwan, where he will be laid to rest. His close friend, entrepreneur James Lu (盧毅) was with him throughout his journey back home. His friend shared on social media, “I was in tears on our way back. I felt like I was an empty shell. When I saw you sleeping in that box, your long legs struggling to fit inside, that’s when I broke down and cried.”

Godfrey and James had been close friends since they were fifteen years old, when they attended the same high school in Vancouver, Canada. When James saw the staff from Zhejiang TV—the broadcaster behind Chase Me—he almost wanted to punch them. Upon seeing Godfrey’s parents looking white and sullen, James calmed down and comforted them.

“Kindness is your legacy,” said James. “I will not ruin that for you.”

Godfrey Gao Transported Back to Taiwan; Funeral to Be Held on December 15

3 comments to Godfrey Gao Had Plans to Propose to Girlfriend, Bella Su