Chase Me has broadcast three episodes to-date and features a fixed cast of William Chan (陳偉霆), Fan Chengcheng (范丞丞), and Johnny Huang (黄景瑜). Every episode invites additional guests ranging from celebrities to members of the public to form two teams. The contestants take part in various missions that push them to their physical limitations. The final mission involves them scaling a building and fast roping down. The show also incorporates the use of virtual reality to create a feeling of a reality e-sports competition.

Some of the missions involve navigating a maze shaped like a life-sized beehive, paragliding, climbing a wall with bare hands, and a 2-kilometer run. The run includes various obstacles like a hanging bridge and a pathway that tests their balancing abilities.

Many netizens have pointed out various times that the missions are unrealistic, and it is dangerous to require people to climb and then fast rope down a 70-meter high building without professional training. In previous episodes, several celebrities competed to a point of exhaustion and had to be given oxygen. Others vomited and even Olympic boxing medalist Zou Shiming (鄒市明) had severe cramping and had to be escorted off by staff members. 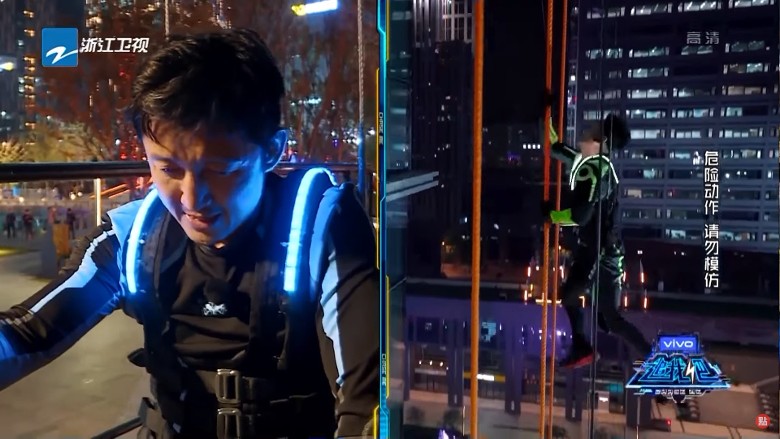 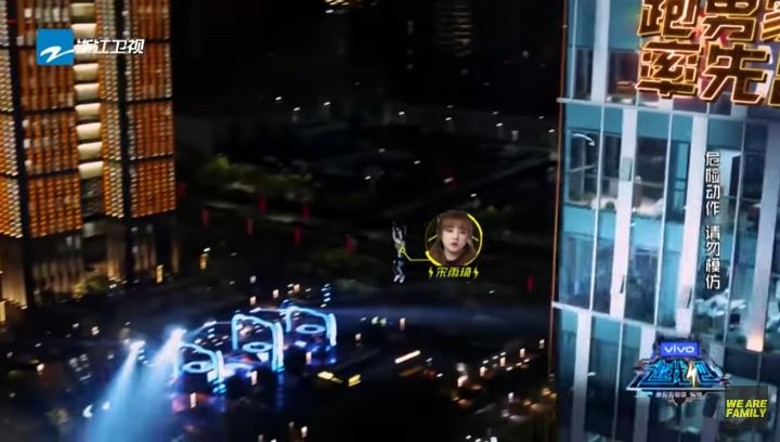