Above: Hu Ge, Wallace Huo, and Jing Boran are among the top-earning actors in China.

A recent report published a list detailing the Top 100 Highest-Earning Male Artistes of Chinese Television. Not surprisingly, many of the actors were from Mainland China. The top earners, commanding $100 million RMB in filming fee, include Hu Ge (胡歌), Chen Kun (陳坤), and Yang Yang (楊洋). In contrast, the highest-earning female artistes of Chinese television, including Yang Mi (楊冪), Sun Li (孫儷), Fan Bingbing (范冰冰), and Zhang Ziyi (章子怡), average only $80 million RMB in filming fee. Compared to their male counterparts, there seems to still be a slight gender wage gap. 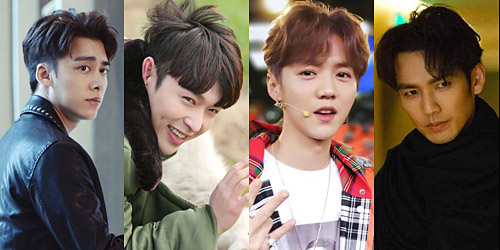 Surprisingly, Huang Xiaoming‘s (黃曉明) filming fee falls short of his wife, Angelababy (楊穎), who earns approximately $80 million RMB filming fee due to her popularity in variety shows. However, the 40-year-old actor still made it to the list with an average earning of $60 million RMB. In the same tier as Huang Xiaoming in terms of earning power are Taiwanese idol stars Vic Chou (周渝民), Ethan Juan (阮經天), Chen Bolin (陳柏霖), and Mark Chao (趙又廷).

One of the more familiar Hong Kong faces to have made it on the list is Chilam Cheung (張智霖). Although it has been several years since his last Mainland Chinese television project, Chilam has stayed relevant in the Mainland market through the various shows he has been taking part in with his wife, Anita Yuen (袁詠儀). The 46-year-old baby-faced actor made it on the list at $30 million RMB filming fee. In the category are Mike He (鄭元暢) and Qin Hao (秦昊).