Welcoming the arrival of their daughter in April, Tavia Yeung (楊怡) and Him Law (羅仲謙) watched her grow each day with joy. The couple wanted to honor the Chinese tradition and hold a banquet for their daughter’s 100th day birthday, but the COVID-19 pandemic forced them to change their plans. Instead of an elaborate banquet, the family chose to stay at home for a simple celebration.

To mark the special occasion, Tavia and Him did a fancy photo shoot with their baby. Posting a picture on social media, they gave fans a glimpse of the intimate party. The family wore matching white attire against a backdrop of pink balloons. In front of the family was a beautiful two-layer ocean-themed cake as a creative reference to their daughter’s nickname, “Little Pearl.” 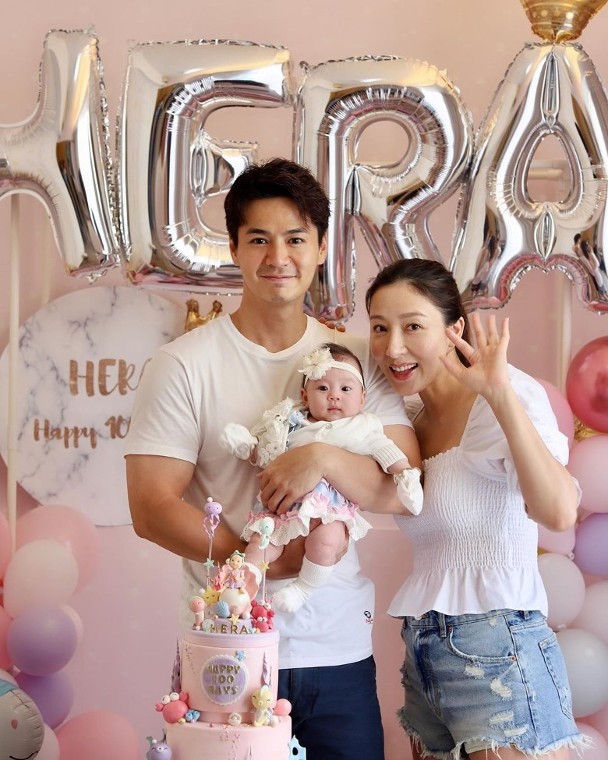 Tavia also took the opportunity to reveal her daughter’s name, Hera Law (羅翊心) and wrote a special message, “Dear Pearl, unknowingly, you have been here for three months. Unknowingly, you have been growing. The time passed so fast, but Daddy and Mommy worked hard every day to get to know you. I hope that you grow up healthy under our care. Although we are celebrating at home, we want to leave beautiful memories for our baby.”

Him also left a message on his social media page, “Little Pearl BB, many people say that a daughter is the daddy’s lover from a previous lifetime. If that’s true, Daddy had waited 36 years for you! Mommy and Daddy only wish that you will grow up happily and explore your own life. We will always love you.”

Speaking to the media, Him shared that his daughter’s Chinese name means “flying up from the ground” and said, “We celebrated a few days ago. In fact, after the birth of our baby, we renovated the rooms, refreshed the wallpaper and purchased new furniture to build our happy nest. We are waiting to use the room since the baby is temporarily sleeping with us. That day we dressed her up and took pictures in the baby room for memories. I don’t want her to grow up and not have anything saved for memories. I would have some regret.” 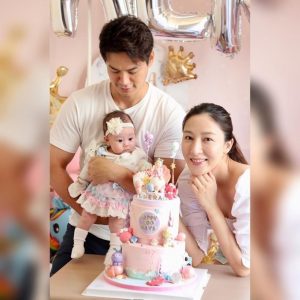 Having been a parent for three months, Him Law confessed he still has many things to learn but he is grateful to his wife, “I think Tavia worked harder than when she was filming. She is breastfeeding and sometimes uses milk powder for replacement. The baby tests our patience when she throws a tantrum and refuses to eat. We often check the baby’s poop, because we want to know if she has a strong system. We sometimes check with our hands and it’s not a problem.”

Him revealed that he tries to support Tavia whenever he can, “The most important thing to being a father is being smart. From time to time, I would say words of encouragement to my wife. When it’s feeding time, I help prepare disinfectant wipes and so on.”

As Tavia is now a full-time mother, she confessed that it had been challenging, “It’s more difficult than staying up late to film, but I am happy to see my daughter changing every day. Until now, I felt as if I am not very familiar with my daughter and worked hard to get to know her. However, whenever I successfully feed her, I feel very accomplished.”

It had been reported that during Tavia’s pregnancy, she had to suppress the urge to work. While Tavia did not rule out returning to film as long as she finds the appropriate script and co-stars, she is not in a rush to return and will continue to focus on caring for her family. 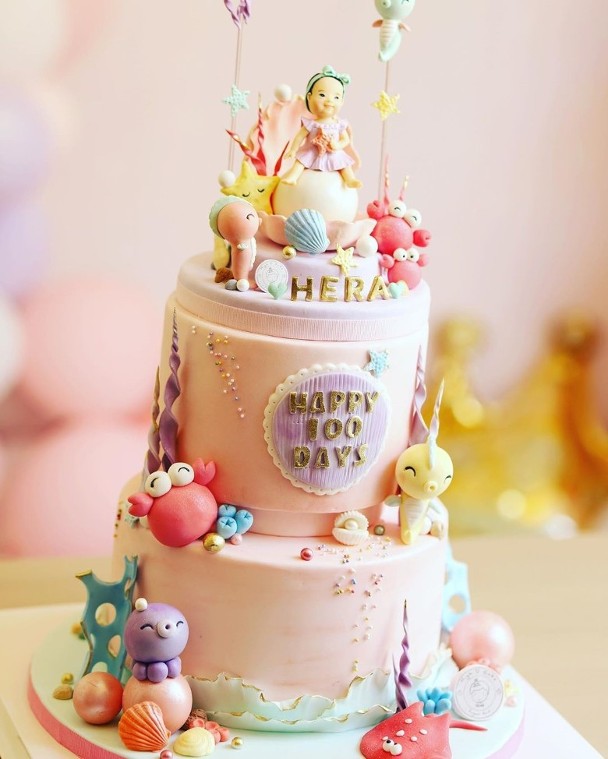 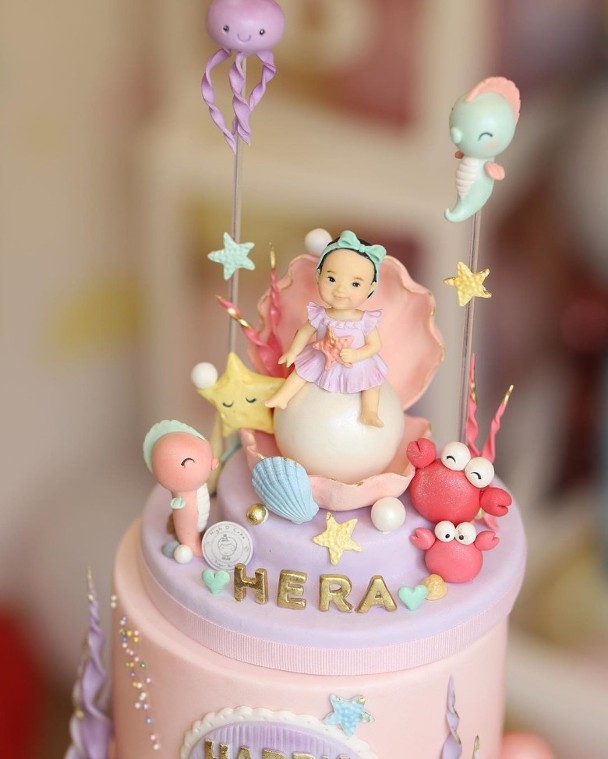 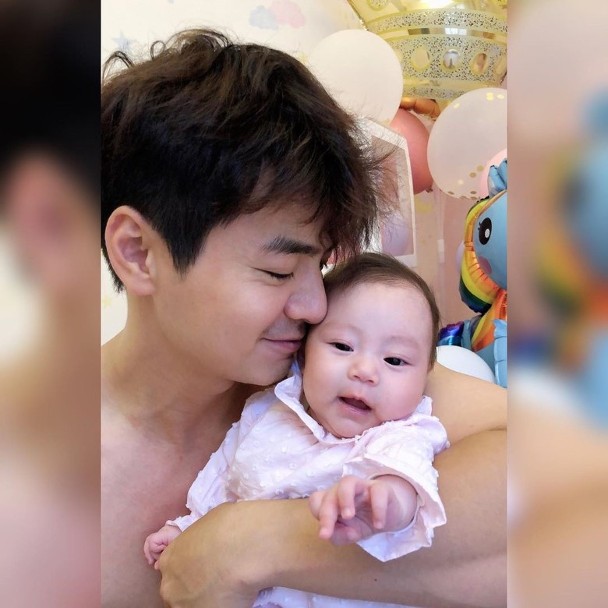