Him Law: “I Don’t Plan on Getting Divorced” 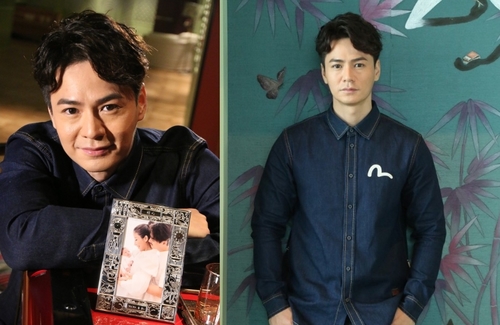 Fans of Him Law (羅仲謙) have been anticipating his upcoming dramas since his return to TVB last year. Although he has taken part in various projects in mainland China over the past few years, his most memorable work to date is still TVB’s The Hippocratic Crush <On Call 36小時>. Coincidentally, it was through the series that he met and fell in love with his wife, Tavia Yeung (楊怡).

Him Wants to Win Best Actor 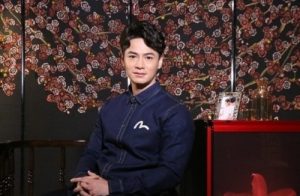 Tavia and Him tied the knot in 2016 after dating for six years and recently welcomed a baby girl, Hera. To take care of his growing family and to expand his experience, Him has been taking on role after role since refocusing his career on the Hong Kong market. He expressed, “It might not be what you want, but from a business standpoint, I need to earn money. There are some [roles] that I accept to challenge myself even though it might be low pay or not the main character. You have to fight for every role even if it isn’t the lead.”

And he hopes one of those roles will eventually land him Best Actor. Feeling lucky to have wedded TVB’s 2012 Best Actress, Him laughed and said, “I always say to my wife that it would be amazing if I won Best Actor because I don’t think there is a married couple who won Best Actor and Best Actress yet. I think it would be great!”

He Does Not Plan on Divorcing Tavia

If his wish comes true, it would be another shared similarity between the lovebirds aside from their Virgo stubbornness. However, Him admits that he is usually the one to apologize first during an argument. He said, “I chose to get married, so I don’t plan on getting divorced. I may not be able to keep all my promises, but I have kept my promise to give in first whenever we argue.” 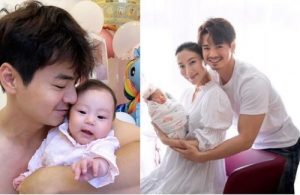 Moreover, he said he is even more understanding of Tavia after she gave birth because taking care of a child is more difficult and tiring than filming. He recalls that Tavia has not had a good night’s sleep ever since Hera was born. He said, “Men aren’t scared of their wives; it is called respect. I always tell myself that if I can accommodate, I will. It will just end badly if you are too persistent about something, so why bother?”

Despite the challenges that come with becoming a father, the family-oriented Him feels that his daughter has fulfilled his life. He said he hopes to watch his daughter grow every day and joked, “I have another girl by my side, and in this situation, my wife can’t say ‘no’ because it is legal and [socially] acceptable. It is great!” On a serious note, he stressed that he doesn’t keep secrets from his wife and daughter.

7 comments to Him Law: “I Don’t Plan on Getting Divorced”