Him Law Juggles TVB’s “The Witness” and Making Babies 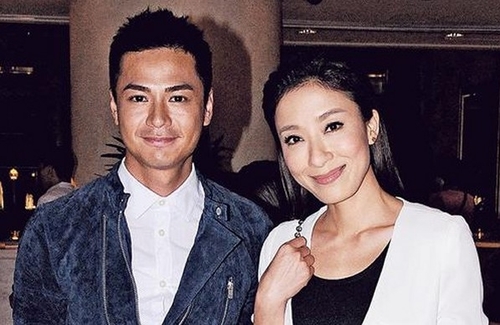 Him Law (羅仲謙), who is set to film his first TVB drama in three years, attended the costume fitting for his new series, The Witness <木棘証人>. Working alongside Wille Wai (韋家雄), Kelly Cheung (張曦雯), Sammi Cheung (張秀文), and Pinky Cheung (張文慈), Him will play a plainclothes officer.

He expressed, “I played hot-tempered detectives before, but this time I’m portraying a rookie, so it’s more realistic. I don’t have to fight nine people at once. I mainly took on this drama because of Willie, my wife (Tavia Yeung (楊怡)) worked with him countless of times before.”

In fact, Tavia is hoping to stop by the set and see her old friends, as she’s not taking on any dramas this year. When reporters asked Him if he’s trying to hide her, he smiled and said, “Do you think I have that power? She arranges her own work, but I think she should rest. We originally planned to have children after the wedding, but I wasn’t in Hong Kong half the time, so we couldn’t carry out the plan. This year is better since I’m staying in Hong Kong to film for half a year.”

When asked if it would be tiring for him to juggle filming and making babies, Him said, “I have confidence in my capabilities, it won’t be a problem.”

He added that filming for TVB again has been in the talks for the past three years, so he decided it was time to put it into action. Moreover, he hopes he’ll have the chance to film another drama with Tavia in the future, as the first and last drama they did together was the The Hippocratic Crush <On Call 36小時>, which happened before they publicized their relationship. Him said he wasn’t afraid of getting into arguments during filming. “She’s a TV queen, her acting is better than mine, so it’s worth referencing.”