Him Law Living at Tavia Yeung’s House for 6 Months? 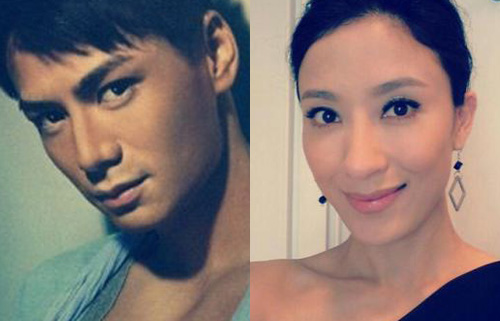 Him Law (羅仲謙) and Tavia Yeung (楊怡) allegedly fell in love while filming TVB drama, The Hippocratic Crush <On Call 36小時>. Denying romantic rumors, Him and Tavia kept the public guessing: were they lovers or friends only? Next Magazine may have supplied the answer; Him was photographed sneakily leaving Tavia’s residence recently!

Wearing a blue shirt, shorts, and a face mask to disguise his identity, Him was spotted leaving Tavia’s new apartment in Tseung Kwan O. He darted furtive glances around the street surroundings, checking to see if he was followed. Quickly, he walked into a nearby parking lot to pick up his white car, driving to TVB City to film Mother to Mother <巴不得媽媽> at 2PM on that day.

Living Together at Tavia’s $6.173 Million Home

As one of  TVB’s top actresses, 32-year-old Tavia Yeung, possessed greater financial earning power than Him Law, who had continued to live with his family in Tai Po after entering the entertainment industry.  To shorten Him’s commute to work and maximize quality time together, Tavia allegedly asked Him to move in with her!

After Him and Tavia’s love sparks allegedly started in July 2011, Him reportedly has been living at Tavia’s apartment for 6 months! When Tavia filmed Silver Spoon, Sterling Shackles <名媛望族> in Shanghai earlier, Him was spotted entering and leaving Tavia’s apartment freely. Tavia’s mother, Mrs. Yeung, moved out of the apartment to give the couple more privacy. Mrs. Yeung now resided with Tavia’s elder sister, Griselda Yeung <楊卓娜>.

According to public property records, Tavia purchased a condo apartment in the Le Prime of Le Prestige of Lohas Park in Tseung Kwan O residential complex for $6.173 HKD million in September 2011. While the 1,300 square feet apartment had luxurious amenities such as an outdoor pool oasis, it was located near a landfill, which resulted in occasional foul odors in the air.

Him Law Loved By the Yeung Family

After being embroiled in Theresa Fu’s (傅穎) beating scandal last year and posing in wealthy businessman, Lau Ding Sing’s (劉定成) private photo collection, Him Law was plagued by negative rumors. While TVB wished Him and Tavia to handle their relationship in an understated manner, the Yeung family welcomed him with open arms!

An inside source said, “Sometimes when Tavia is busy working, Him will voluntarily drive Tavia’s mother and take care of her elder sister, Griselda. Tavia’s mother said that Him knew how to take care of the elderly and had serious intentions towards Tavia. Mrs. Yeung fully supports Tavia in dating Him!”

Allegedly dating for nearly one year, the time may have finally arrived for Him Law and Tavia Yeung’s relationship to be out in the open!

Source: Next Magazine #1161 via ihktv.com

Jayne: So Him and Tavia are more than friends after all! I’m not too surprised though! The Hong Kong tabloids have been priming us for this story over the past several months!

222 comments to Him Law Living at Tavia Yeung’s House for 6 Months?