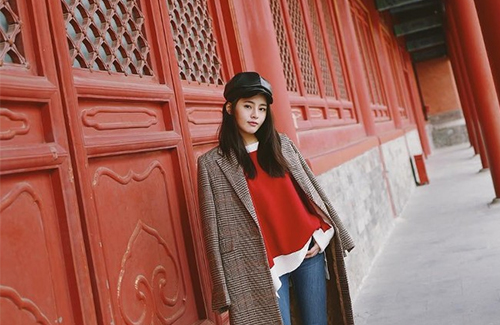 Heavenly Sword and Dragon Slaying Sabre, the latest Chinese television adaptation of Jin Yong’s (金庸) The Heaven Sword and Dragon Sabre <倚天屠龍記>, premiered in Hong Kong and Macau on April 15th. A Chinese adaptation, a majority of the cast members are actors from the mainland, with the exception of a few—including rookie actress Kabby Hui (許雅婷) from Hong Kong.

“It was my very first mainland drama,” said Kabby, who debuted as a member of the HK girl group Girls’ Sample (少女標本) back in 2015. “I’m happy to know that it’s finally showing in Hong Kong.” 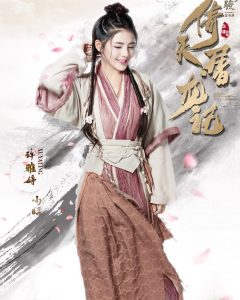 Prior to getting cast for the role of Xiao Zhao (Siu Chiu) on the show, Kabby did a lot of her own research, such as watching prior Heavenly Sword film and TV adaptations, and also reading the original source material. “I was very happy when I got cast in the role of Xiao Zhao. I really like this character. She’s also very different from myself.”

It was a big challenge for Kabby to leave the comfort of her home to film the show across the country. “I’d miss my family. I’d miss the food in Hong Kong. I’d miss my friends. I spent six months filming this show. In costume dramas, you do wear a lot of layers, but it won’t keep your warm in the winter. And in the summer, it won’t keep you cool either.”

On her favorite scenes of the show, Kabby named the War of Guang Ming Ding and her final scene with Zhang Wuji, which was also the last scene she shot for the show.

In the future, Kabby will continue to focus her acting career in Mainland China, and is open to pursuing more music.