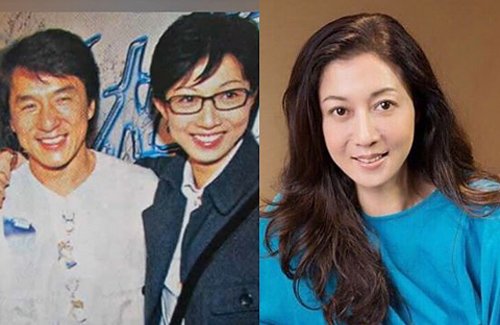 A global megastar, Jackie Chan (成龍) is admired and remembered by many for sustaining the culture of Chinese martial arts. This leads to more often than not, that his womanizing ways are forgotten or even excused because in his defense, he only “made a mistake that every man in the world would make”. But with the ongoing media chase after his illegitimate daughter, Etta Ng (吳卓林) and her mother, Elaine Ng (吳綺莉) in the past year, Jackie being an absentee father is being scrutinized again. Many are curious how Jackie and Elaine had met, started an affair, and broke up with each other, as this had led to the past 20 years of suffering for the mother and daughter.

In an earlier television show, Elaine revealed how Jackie had aggressively pursued her in her early days of debut in the entertainment industry. The winner of Miss Asia in 1990, the then 18-year-old Elaine, had caught the attention of Jackie. At a party, he went up to her and pointed at her. She was surprised that he knew of her, but he smiled, “Miss Asia winner Elaine Ng, you go ask the entire Hong Kong, and see who doesn’t know you?”

Though impressed Jackie knew her, Elaine said that she didn’t feel a spark with him because he was an ignorant tyrant. Her ideal type was someone who is well educated, knowledgeable, and has good taste, as she was surrounded by many such men at the time. Elaine decided that that Jackie was not her cup of tea. 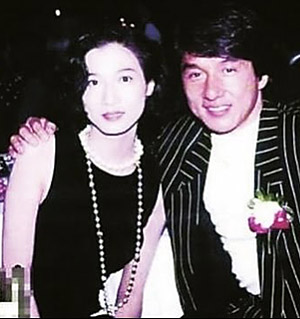 Destiny had Elaine meeting Jackie again a few years later.  Although Jackie was already married and his son was seven years old at the time, he lived a bachelor life away from his family. He tried to pursue Elaine again.

During that time, Elaine’s boyfriend was busy with work, so she had occasionally met up with Jackie. He changed tactics this time, and went for a warm demeanor to emotionally move Elaine’s heart. It was particularly effective. He was a megastar and yet he would tolerate with her whims and treat her very well.

When Jackie went to have dinner at Elaine’s house, he looked around carefully to see if she needed anything. A few days later, Jackie called Elaine and said, “I saw that the cupboard is broken at your house. I’ll replace a new one for you. Also, the sofa is very old; I’ll switch another for you.”

He would also bring her midnight snacks while she filmed late at night, and made sure to wait for her before eating. Once, he made the entire crew wait until she arrived before they could eat. With this public affection, he successfully won Elaine’s heart.

But happiness from an affair does not last long, and their relationship shattered once Elaine got pregnant. Jackie immediately turned his back on Elaine and cut off all contact. Jackie remained silent until Elaine admitted their affair when she was five months pregnant, and he was forced to come out and do the same.

In his English biography Never Grow Up, Jackie called himself a “bastard” and admitted to sleeping with a dozen prostitutes and cheating on his wife. However, after breaking up with Elaine, Jackie has been very reluctant to talk about her and his estranged daughter, Etta.

10 comments to How Jackie Chan Had Pursued Elaine Ng