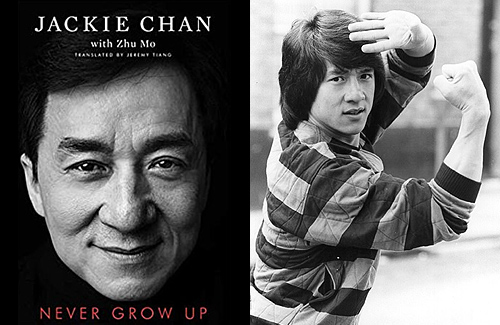 When compared to the Chinese version, the English version uses more vulgar language and exposes Jackie’s bad behaviors as a result of his insecurity and immaturity. 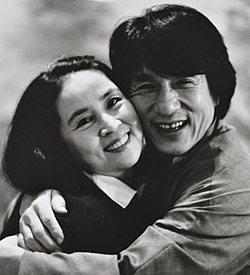 Although Jackie had a number of prolific relationships with a number of women including Teresa Teng (鄧麗君), Elaine Ng (吳綺莉), and current wife, Joan Lin (林鳳嬌), Jackie treated the women poorly. Jackie admitted to sleeping with a dozen prostitutes and even had an affair with Elaine, while he was married to Joan. In response to his infidelity, Jackie stated, “I made mistakes that men around the world make.”

In his English biography, Jackie also called himself a “bastard.” Despite Jackie making a vow to change his behaviors, the biography failed to mention his 19-year-old estranged daughter, Etta Ng (吳卓林), who was conceived from his affair with Elaine.

As an international celebrity, Jackie was able to amass a fortune, yet he lived life precariously. According to Jackie, he would wear his gold chains and often drove while drunk. One time, he crashed his Porsche in the morning and then crashed his Mercedes Benz later at night.

However, even with his wealth, Jackie is illiterate and can’t sign his name on the back of his credit card.

The release of Jackie’s English biography breaks language barriers and gives a wider audience an insight into Jackie’s life. In addition, tabloid newspaper, Daily Mail, published an article in reference to Jackie’s biography and focused on his bad behaviors. It is unknown how the biography will impact Jackie’s image.